Report: iOS is still the king of revenue according to App Annie

The App Annie report for Q1 finally has been released today, showing the market shares of both iOS and Google Play. Google Play kept its dominant position over iOS in terms of the amount of downloads, but iOS is still the clear winner looking at the financial side, with over 90% more revenue than Google Play.

Other big news in this report is that while China was the biggest growth market year-on-year for the revenue of iOS, Google Play has got exactly the same honor in the U.S. This is caused by the delicate situation for Google in China, which means they make very little money over there. But, the growth in the U.S. is showing positive signs for the Android app revenue in the future.

The amount of downloads are growing, but where?

Looking at the biggest growth for the amount of downloads for Android, maybe you could expect it already, it’s happening in India. India is followed by Vietnam and Pakistan for the amount of downloads, while iOS saw the biggest growth in China. After seeing this you could conclude the following: The Play Store is filled with tons of free applications, so the amount of revenue that can be made out of it is much smaller. And, the iOS app store has got a smaller amount of free apps, and with more paid apps the chance to make a larger revenue is much bigger.

If you take a look at where the largest amount of revenue is made at Google Play, the communication and social apps are up top, with the bulk of downloads coming from the “tools” section. Communication and photography were next in line for the most popular app categories on Android, although the photography app category doesn’t even show up in the top ten contributors to the Google Play revenue.

Does the report from App Annie about the installs vs revenue figures surprise you? How much do you spend on Android or iOS apps? 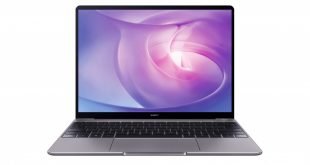