Qualcomm held a small press conference at IFA 2 days ago during which they have talked about its plan to slash the cost of virtual reality hardware. To reach this “goal” they’ve unveiled a reference design headset called the Snapdragon VR820, which is of course built around their very own Snapdragon 820 SoC.

The Snapdragon VR820 comes with four of Qualcomm’s custom Kyro CPU cores and an Adreno 530 GPU, the VR headset comes with a pair of 1440×1400 AMOLED displays with 70Hz refresh rates. Other features of this headset are: eye-tracking hardware, six-axis motion tracking, and two forward facing cameras. There’s something interesting about the cameras though as they can transmit data to the display, allowing the headset to double up for augmented reality apps too. 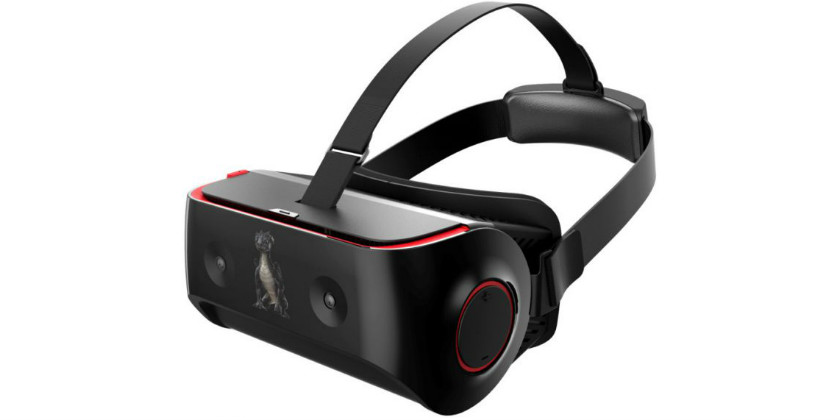 The Snapdragon VR820 has got an upside for its design, as just like all VR headsets using mobile technology, the VR820 won’t need any cables to be connected while using it. This gives you freedom of movement compared to the other headsets on the market making use of the power of a PC during which you can’t move around that much due to the cable length limitation. There’s a downside to this though, as the hardware inside the VR820 is much less capable than the high-end PC hardware used for VR headsets with cables. Even though it might not be as fast as the VR headsets making use of the power of a PC, there a still lots of potential use cases for mobile-based VR products.

“The Snapdragon VR820 integrates key technologies and features for an exceptional VR experience and provides a springboard for OEMs and developers to usher in the next generation of truly portable and untethered devices that we think are necessary for mass consumer adoption of VR,” – Anthony Murray, senior vice president and general manager, IoT, Qualcomm

If you’re buying an Oculus Rift or HTC Vive, you’ll need to have a bank full of cash because of the costs of high performance PC hardware. The same can be said for a flagship phone and Samsung Gear VR combo, so there’s certainly room in the market for cheaper competitors.

Is Qualcomm going to sell the headsets to consumers directly?

It’s important to note that Qualcomm isn’t looking to sell their headset directly to customers. Instead the VR820 will act as a blueprint for other manufacturers to design their headset around, which could generate extra chip sales for Qualcomm.

So, do you like the direction Qualcomm is trying to go with VR? Do let us know in the comments below! And as always look out for more content about IFA 2016 on our site or YouTube channel.