OxygenOS ROM Released For OnePlus One

They’ve promised it for some time, and it’s finally here, albeit via a slight delay. OnePlus released its Android Lollipop-based OxygenOS ROM today and features screen gestures, CyanogenMod-esque customisation as well as a lightweight UI.

If you’re one of the growing number who own a OnePlus device, the chances are that you’ve been waiting for an update to CyanogenMod 12S running on Android’s latest OS, Lollipop. It’s also highly likely that you’ve also been well aware of the two companies “issues” and their apparent distancing from one another. to that end, OnePlus took it upon themselves to create their own official ROM for their device to usurp CyanogenMod and ease their user base into a new software deployment. Enter OxygenOS. 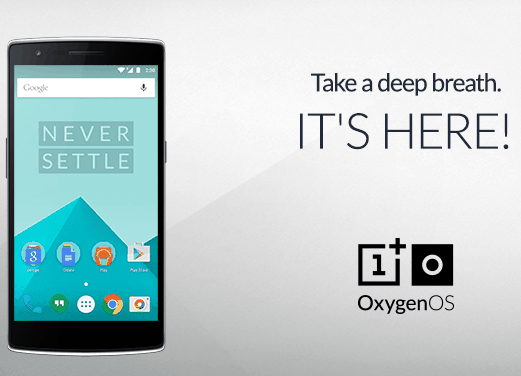 OxygenOS was created by a team of developers from within the Android community. Those working on OxygenOS have CVs that boast Paranoid Android (a popular Custom ROM) and Google work amongst their portfolios and have seemingly been selected to create a ROM with the functionality and UI of Lollipop, but with their own twist allowing increased customisation.

IF this is something that appeals to you, jet over to OnePlus’ OxygenOS page now (link below) and grab hold of the flashable ZIP. Directions and guides are available from their site as well as many others now.

As a first release we’re still trialling it at MobileTechTalk but it seems to function well and we’re excited to see what comes next. To help with future releases, OnePlus has created a specific feedback app (APK link below) that can be used to let the team know just what you think of the new software and offer your own opinions on future releases.