Microsoft Lift The Lid On Windows 10

Windows 10 looks to deliver many new features in a bid to entice many legacy users to upgrade their Operating Systems as well as inject some new life into the Microsoft cross-device eco-system.

Some of the key features announced were:

Perhaps one of the most enticing announcement was that Windows 10 will be a free Desktop upgrade for Windows 7 or 8.1 users for the first year. A huge departure from the pricing strategy of the past. Not too shabby Microsoft!

There is bound to be more to come from the Redmond giant prior to it’s expected release date, mooted to be later in 2015, and perhaps more to come at this year’s Mobile World Congress (MWC) in March. However this list already has us wanting to get hold of a more feature rich build of the Technical Preview and take some of these features for a spin.

Does this whet your appetite for Microsoft’s next Operating System? Have they gone far enough, or perhaps too far? Join in the discussion and leave a comment below. 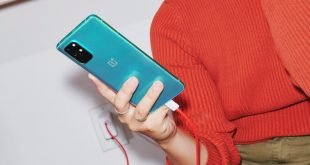