Today, 20th May 2014, Microsoft unveiled their latest effort at bridging the tablet and laptop brigade by showing the world their Surface Pro 3 at an event in New York City. What’s different? Who is it actually aimed at? Let’s have a look!

So starting with the specs, the latest Surface incarnation sports a more slender design with its 9.1mm thin chassis and tipping the scales at a respectable 800g which is around 100g lighter than its predecessor, the Surface Pro 2.

Next on the change list is that hinge! Yes, it continues to divide opinion, but Microsoft have tried to address its critics by allowing an almost flat mode for content creation that they’re calling “Canvas” mode. The hinge on the Surface Pro 3 allows movement of up to 150 degrees. Couple this with the new keyboard with its lower friction trackpad and sporting a nifty extra stability feature for those lap users, and they might just tease some laptop fans into parting with their hard-earned dosh!

Many more specs can be seen via the links below:

The Surface Pro 3 will come in a variety of flavours with prices to match, as you can see below and will be available to pre-order as of 21st May. The new Surface will also sport a new suite of accessories including a nifty looking dock, and the aforementioned upgraded type/touchcover.

So will you be spending the best part of a grand to grab one of these? Initial impressions are that they have listened to the feedback from their previous incarnations and have looked to address them.

Will this be enough to persuade the die-hard Mac users and indeed the legion of powerhouse Laptop users that a Surface can cut it for them? This remains to be seen. 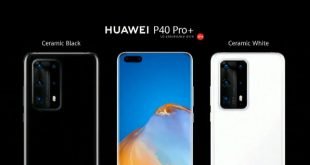