So after the rhetoric which included facts such as new Facebook, Instagram, Uber apps being rebuilt for Windows 10, as well as over 1 Billion questions being asked of Cortana, we got to the main meat of the event: new device announcements.

Microsoft stayed true to the pre-event leaks, and announced the Lumia 950, 950XL and 550 devices, all running the latest Microsoft operating system, Windows 10. This announcement marked the first flagship device from Microsoft since the Lumia 930 and Icon devices back in early 2014. 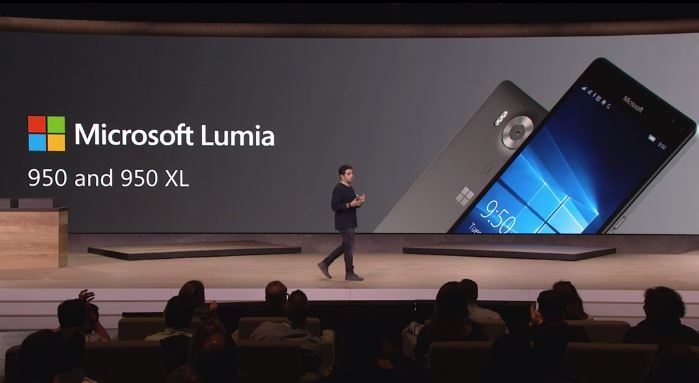 Specification wise, the Lumia 950 utilises a Hexa-core processor whilst the 950XL delivers an Octo-core processor to drive Windows 10 and the 5.2″ and 5.7″ OLED displays respectively. Both devices have a 20MP rear facing camera which can be launched via a dedicated camera button, and also has a triple LED natural flash which should remove ghosting in imagery. To complement this, the devices are also capable of 4K video recording.

However one of the more interesting points is the software. As this device is a) powerful and b) bundled with full Windows 10, using the Microsoft Display Dock the Lumia phone can be turned into a desktop processing hub to allow desktop productivity from a mobile handset. Pretty cool eh? From the demonstration, the powerful processor helped to negate wait times as the Lumia dealt with the scaling of apps depending on the screen being worked on. Their point is that there is now a compelling reason to have an Octo-core processor in a phone.

The Microsoft Surface line has divided consumers since it’s inception 3 years ago, however it has also drawn many plaudits with the Surface Pro 3 which improved on previous iterations and became productivity device that Apple saw fit to “replicate” with their iPad Pro. Microsoft also made mention of that fact that in just 3 short years, the Surface device lines have become a $3.5B money spinner for them. 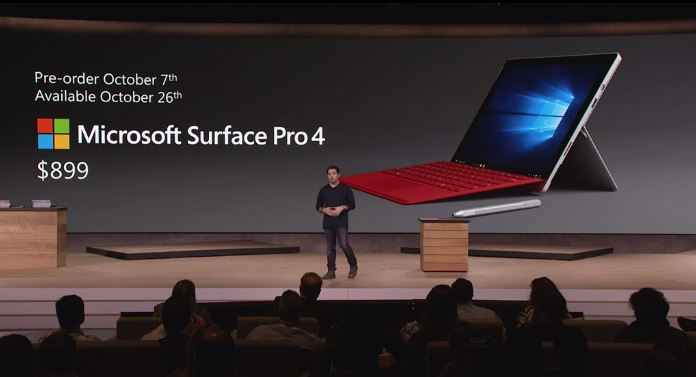 Firstly we’re in evolution territory here rather than revolution. The Surface Pro 4 remains the same dimensions as the Surface Pro 3 but increases the screen size to 12.3″ with a 267 ppi screen as well as making the device much thinner at 8.4mm. Surface Pro 4’s PixelSense stack, aligned to a 400 micron thick Gorilla Glass 4 screen, and the new Surface Pro 4 stylus (Pen) delivering 1024 levels of pressure, all help to deliver a better writing and note taking experience than on previous Surface devices, and its competition, it’s claimed.

Microsoft also introduced some new peripherals for the Surface Pro 4. Firstly a Surface Pro Docking Station (usable with the Surface Pro 3) delivers a station which houses four USB 3.0 ports, two 4K Display Ports, and a Gigabit ethernet port for those wishing to utilise more peripherals or a larger screen. Secondly, the new Surface TypeCover was announced as thinner than ever, and more sturdy delivering a glass trackpad with laptop-class keyboard.

The Surface Pro 4 is available to pre-order from October 7th and prices start at $899.

Dubbed “the ultimate laptop” and marketed as the fastest 13″ laptop ever made, Microsoft sprung a surprise and delivered a new product; a Windows 10 laptop based on Surface principles. 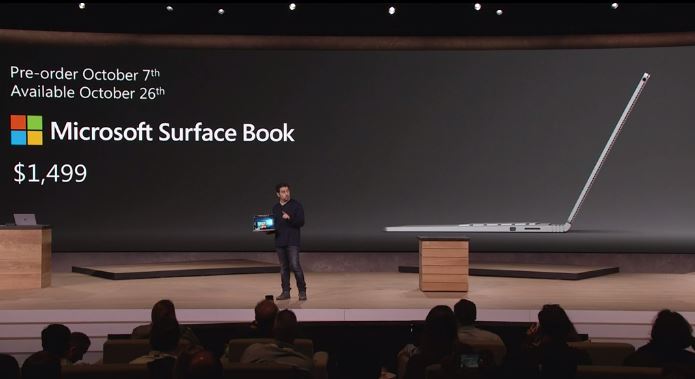 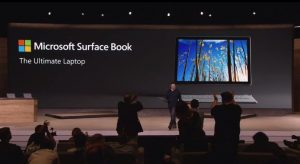 The Surface Book delivers a 13.5″ screen, 267 ppi with Skylake, Intel’s latest generation of processors, powering it; powering it for a full 12 hours of battery life according to Microsoft. In a nice, silver, dare I say, Macbook Air-esque design, the Surface Book sports a nifty flexible hinge, 2 USB 3.0 ports a precision glass trackpad all housed within a magnesium chassis……oh and it’s detachable, did we mention that?

The Surface Book is available for pre-order from the 7th October and prices start at $1,499.

Microsoft announced a new Microsoft Band with a lot of improvements and optimisations over their first attempt. Microsoft say they have ensured durability thanks to included Corning Gorilla Glass, as well as improved comfort in the band and have specifically added a Barometer sensor after feedback.

The new Microsoft Band is truly a wearable geared towards health, and their new Microsoft Health companion app helps to track all areas captured by the device, including all exercise, all runs, sleep patterns and much more, and provides dashboards to analyse this information.

Furthermore, the new Microsoft Band harnesses new partnerships with familiar application houses such as Facebook, Uber, and LoseIt to tie in your favourite applications like never before (they hope). 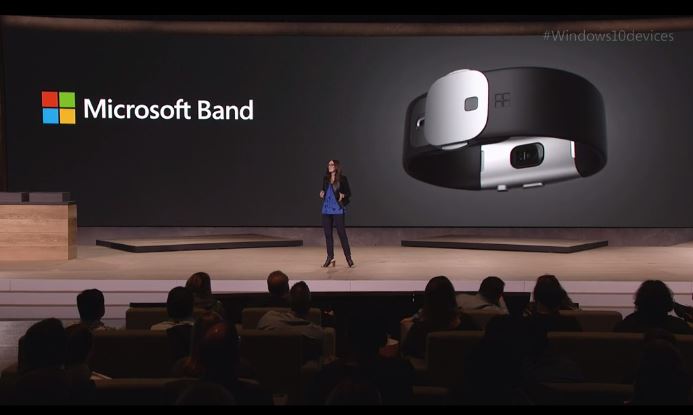 The new Microsoft Band will be available to order from October 30th and will retail at $249/£199.

New Xbox bundles were announced for the coming holiday which Microsoft hopes will help them compete against Sony’s Playstation 4.

Bundles including Rise of the Tomb Raider, Gears of War: Ultimate Edition, Lego Movie and Fallout 4 were all announced for the holiday season all coming with either 500GB or 1TB of storage.

Microsoft weren’t done there. Oh no. They had a guy come out on stage and play a robot Invasion game with HoloLens whilst unveiling that the HoloLens Development Edition will be shipping in Q1 of 2016 and costing $3,000. A bit pricey but I’m sure the uptake will be high after that demo! 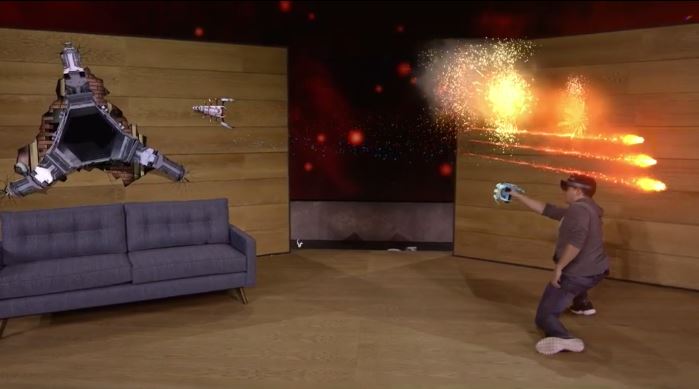 Whilst the proof of the pudding is in the eating, and we’ll wait for review units before jumping to conclusions, it’s fair to state that the presentation from Microsoft was one of the better we’ve seen. Panos Panay’s enthusiasm was infectious and the product launches he introduced actually felt fitting for that enthusiasm.

The stars of the show were no doubt the HoloLens demo, and the Surface Book dubbed “the ultimate laptop”.

With the introduction of Windows 10 officially recognised on the Lumia 950, 950XL and 550 devices, as well as a demonstration of the Continuum principle in the flesh, Microsoft further integrated their hardware and software offerings to provide a compelling reason to utilise products based on the Windows eco-system across their device range.

We can’t wait to get our hands on these products and put them through their paces.

Did you watch the event? What were your views on the announcements? What specifically excited you? Leave your comments below.