There is only one day left before the world’s biggest mobile show starts. Yes, I am talking about the Mobile World Congress that is happening in Barcelona from Monday 22nd to 25th of February. All the big players (except Apple) are there and most of them are going to announce their newest flagship products today, on Sunday 21st. Atleast LG (11am GMT), Samsung (6pm GMT) and Huawei are having a press conference today. So without further ado, here is LGs newest flagship G5!

The next iteration of the G line

LG has been really doing great job with it previous G line phones. Starting from the G2 they have been improving the device every year. I, personally, have always liked the hardware and design side of the LG G line – but the software has always left me little sad. Don’t get me wrong, but the UI is almost in the same category with Samsung’s TouchWiz. Samsung have made strides with the look and feel of the TouchWiz UI, and I fully suspect LG are trying to do the same this year.

Software aside, what can we expect from the phone in terms of hardware? Well, the G2, G3 and G4 have always been on the top shelf considering specs. Although with the G4, LG decided to go with the SnapDragon 808 chip instead of the issue ridden SnapDragon 810, which had multiple reported overheating issues in its first incarnation. 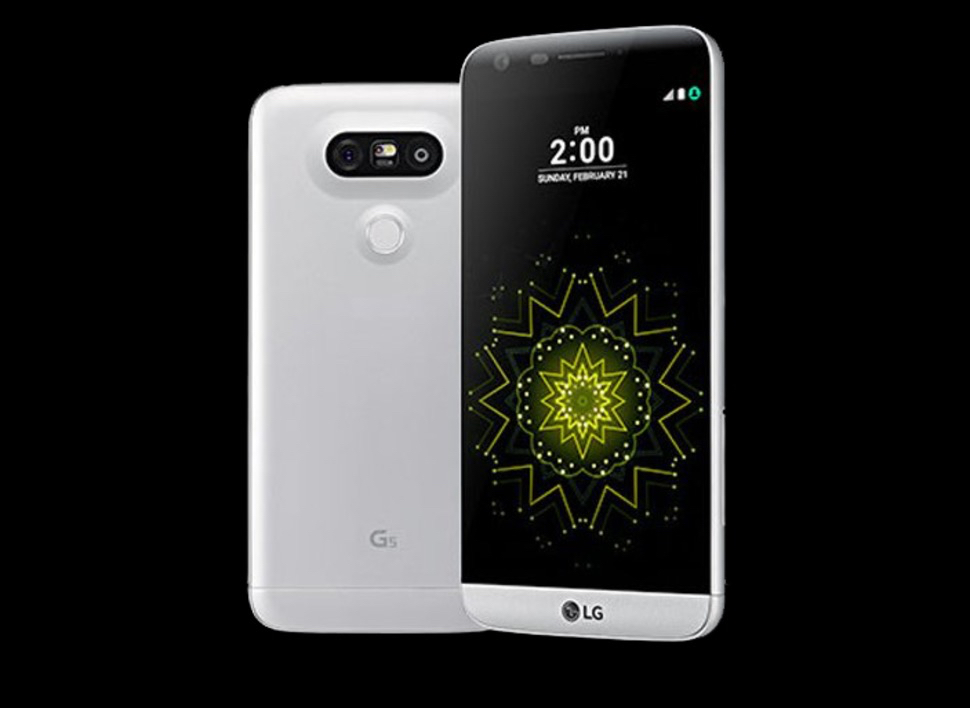 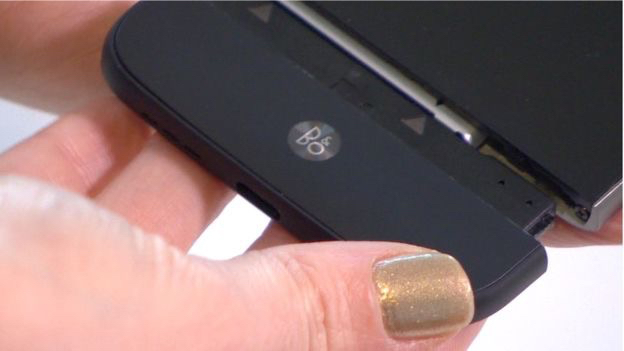 You have more than likely heard about the rumoured specifications of the G5, and if those specifications are anything to go by, it will maintain its ‘flagship’ status pretty comfortably.

LG officially announced the device at their press conference today, and the majority of the leaked specifications have been confirmed by the Korean smartphone manufacturer.

The device is powered by the all-new Snapdragon 820 from Qualcomm, so no big surprises there. The chip consists of two faster “big cores” and two smaller cores (Qualcomms Kryo cores). The CPU is paired with a 4GB of RAM and with 32GB of internal storage. LG have also kept Micro-SD expansion, which can be found in the same place as the SIM card.

It will be really interesting to see how the new Qualcomm chip will perform. Will it be the same story as with the 810? or are we actually gonna see something powerfull without the heat. 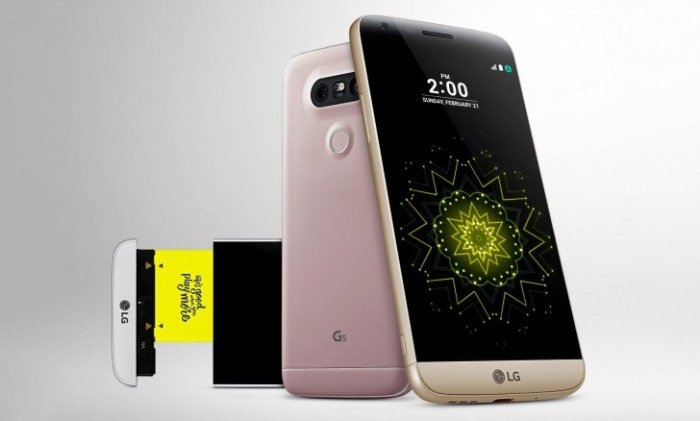 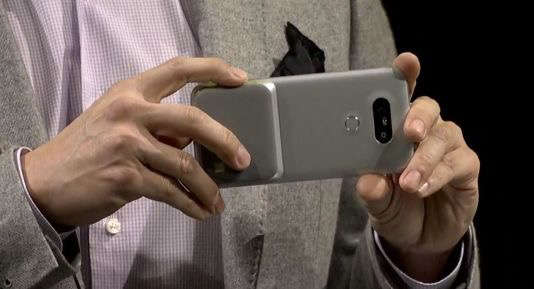 One of the biggest new hardware features in the G5 is the new modular design. The G5 will have a removable bottom part that also houses the modular battery (2800mAh in size). After you remove the bottom part, the battery is removable and can be inserted to the new module. LG showed a few of the  additional modules at the event; the first one being the LG Cam Plus. LG Cam Plus in all simplicity is a ‘battery handle’ for the G5 camera. It has few specific features to make using the camera a lot easier. First, it will have a dedicated two step shutter button. Second it will also have a key for the zoom function. The module also houses its own battery inside it and with it coupled to the G5’s own internal battery, you get a whopping 4000mAh boost in total capacity.

Another module that was shown was the LG Hifi Plus, which LG has produced in collaboration with Bang & Olufsen. The module includes a 32-bit DAC and a dedicated 3.5 mm headphones port.

Coupled with Qualcomms integrated APTX HD audio codec, the LG Hi-FI Plus will give you an immersive experience while playing games, or watching a movie.

Unfortunately LG didn’t have any software demos or UI demos at the launch event stream. But thanks to people at MWC we have atleast some kind of pictures and galleries of the G5 UI.

Last year Samsung was the one with the UI/feature revamp and it seems this year it’s LGs turn. LG has said that they wanted to create the most simplest UI for the G5. They have removed a lot of bloat and features from their skin. Plenty of features are getting the axe here including the Q Slide applications. Q Slide was firstly introduced with the G2 and were the small utility apps that could be launched from the notification shade to make multitasking an easier experience. The axing doesn’t stop there, as also the dual-window feature is gone from the G5.

The biggest thing you will notice when you unlock the device is that there is no app drawer. Yes, you read that right. LG has gone the same as many chinese brands and removed the app drawer from the G5. LG is also moving to an iOS-inspired style with it’s new launcher. One thing that had always bothered me from previous showings of LG products is the overall colour scheme of the user interface. It seems LG have done away with the overbearing colours and flashy menus and traded them in for a more refined and up-to-date look.

I was pretty hyped about the LG G5 based on the rumors. I have always liked the design and the hardware side of LGs phones but the software has always made me question a lot of my morals when it came to smartphones.

Once again we have a phone with the best possible specs and also features like modularity that are non-existent on other brands. Once again, atleast for me, the software part is the one that is a let down.

Don’t get me wrong, LG have made some big steps to getting their software in check, making a unified effort across the whole look and feel of the user experience. Unification is key when it comes to any type of software design, as it gives the whole system a purpose. I just feel like there’s something missing that I can’t put my finger on right now. Although it is brilliant that LG have gone for unification over quantity this time round, the look in general looks very bland with no real personality showing.

I am also worrying about the modular part of the hardware. I just wonder how many people will destroy their phone when swapping the modules, or how well the OS can handle the situation when the user just removes the battery when the phone is turned on.

The reasons above are why I’ll be removing the G5 from the phones I want to purchase this year.