If you aren’t familiar with virtual network operator (MVNO) that’s known as iD you will know its parent. It is the offering from the mighty Carphone Warehouse (okay so it’s now some Dixons PCW hybrid thing who’s exact name I don’t recall, but anyway…..).

So it has some big name backers even if it’s just a young thing, having launched only last year, back in May 2015. It launched to not all that much fanfare but iD did so with 3 key issues it said they wanted to address. Firstly they offered capped price plans so you couldn’t accidently run up a big bill. Secondly, free roaming (no doubt courtesy of the fact iD runs over Three’s network), and finally they said they wanted the return to 12 month contracts.

What did they just do?

On the 11th of February they announced that they are henceforth going to allow the rollover of unused data on plans. You know, like in the old days where networks allowed the rollover of unused minutes per month to be added to your next month’s allowance. Just like that but with unused data. Granted it’s not a vast difference but its allows for customers to make more full use of the allowances they have paid for and should encourage consumers to more freely make use of their allowances. Let’s face it, everyone likes to keep at least a bit of a buffer between using their data allowance rather than running out or being stuck or paying extra usage charges. iD may be fairly reasonable about buying extra data but on the whole these charges are high. 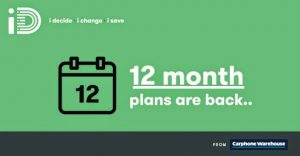 What does it mean for me?

Well, statistically nothing. Odds are you aren’t on iD so right now you’ll not be affected. However…… O2 just a handful of days later announced that they would sort of imitate iD. O2 will now allow the rollover of additional data Bolt-On’s. So if you buy a data Bolt-On that extra data now won’t expire when your normal monthly cycle ends, any of that extra data that’s left will now roll over. If you ask me that’s a little bit of a niche scenario. Honestly to me it looks like O2 are trying to act like they are doing something but it’s going to actually make next to no difference. They have also however adjusted some plans to increase the data allowances, that means Vodafone, EE and now O2 have raised data allowances on plans. 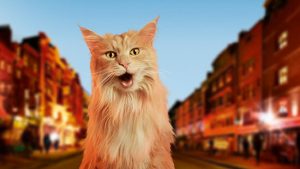 What will its consequences be?

With iD’s announcement coming hot on the heels of new plans from EE and the most surprising new plans from Vodafone, this looks like another skirmish in the network price war. That O2 have now also made a move (even if it is a pretty weak move) is a sign that everyone is paying attention. iD have literally given their customers more for no extra cost, with any luck the move will be heavily advertised and the other, the major networks will feel the need to offer likewise. That is when the real consumer benefit will take place. However it is a highly encouraging first step.