UPDATE: PRICING AND AVAILABILITY FOUND AT THE BOTTOM OF THE PIECE

At HDC, Huawei Developer Conference 2020, Huawei has updated two of their notable laptops. The Matebook X, first announced in 2017, and the Matebook 14, and both are very worthwhile upgrades if you’ve been clinging onto an older one.

Starting with the new MateBook X. The Last MateBook X was thin and light and this one is no different, tipping the scales at just 1kg (2.2lbs in barbarian units) and having its waistline at 13.6mm, this is a very thin laptop. Another interesting measurement is the X and Y because when you take those into account, the MateBook X (2020) is smaller than a sheet of A4 paper!. Huawei swapped milled aluminium for Magnesium this time around in order to put more stuff in it and retain the featherweight mass. 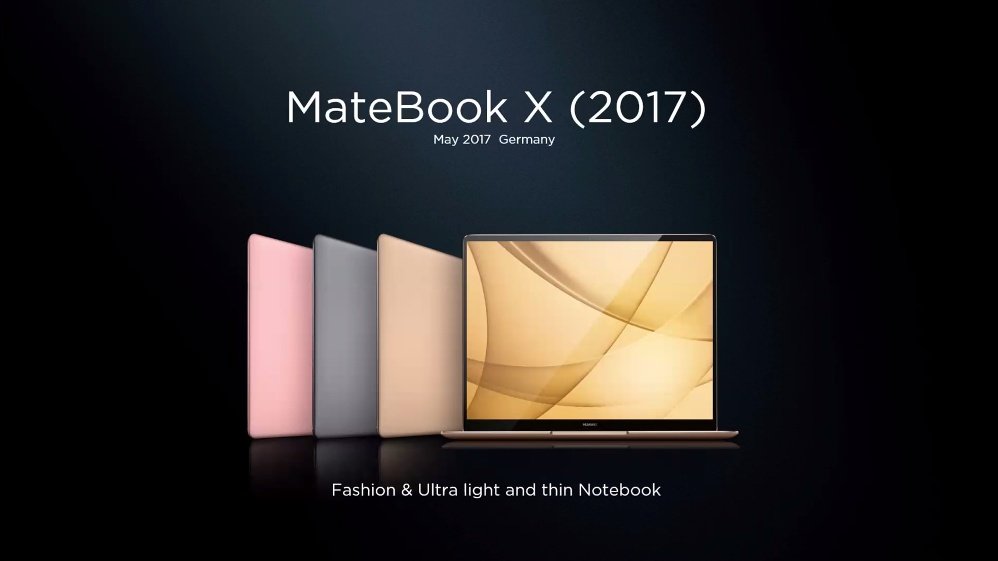 Once you open the lid you’re greeted by Huawei’s Infinite FullView Display, what this means is that it is a very high screen to body ratio of 90%, but Huawei has also removed the metal rims around the screen so it’s edge to edge glass, it calls this a first in notebooks. The display is also pretty nice. At 3000×2000 it’s pretty obviously a 3:2 display, this IPS-like screen rocks a 100% sRGB colour gamut, no word on DCI-P3 or D65-P3, this LTPS screen is also said to be topping out at 400 nits, not the greatest but better than a lot of Huawei’s other laptops for sure. 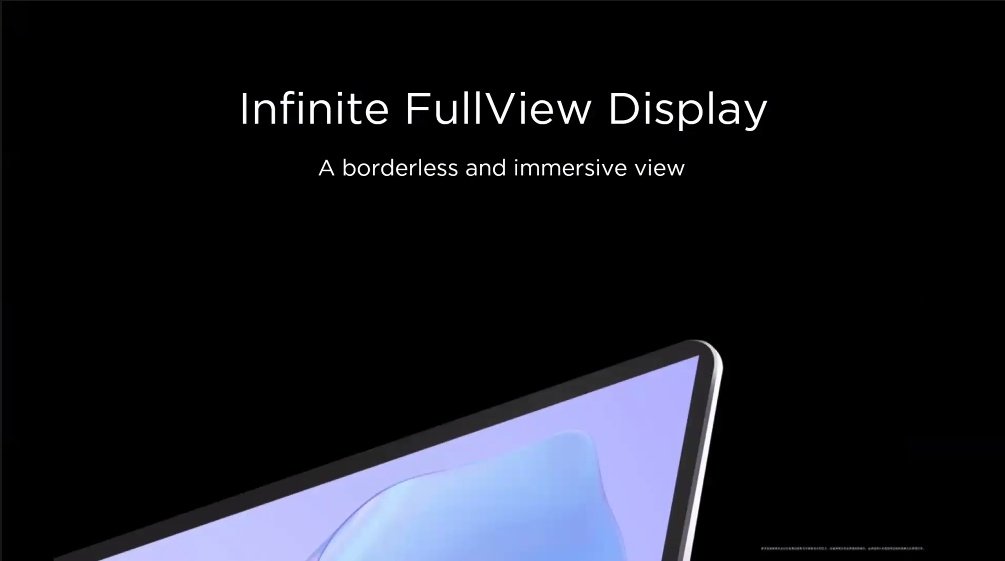 Beneath that screen is the keyboard and trackpad and this is where things get a little interesting. Starting off, like Huawei’s other laptops, the webcam is inside a key in the trackpad, in between F6 and F7, this isn’t my favourite, but I’d rather have an ill-placed webcam than no webcam (looking at you Asus). The keyboard is where things start to get fun, Huawei was happy to point out that they engineered the keyboard to have 1.3mm of key travel, and that doesn’t sound like a lot until you realise that that is 10% of the laptops overall depth. 10% of the thickness of the laptop is just giving you room to press keys, that’s cool! 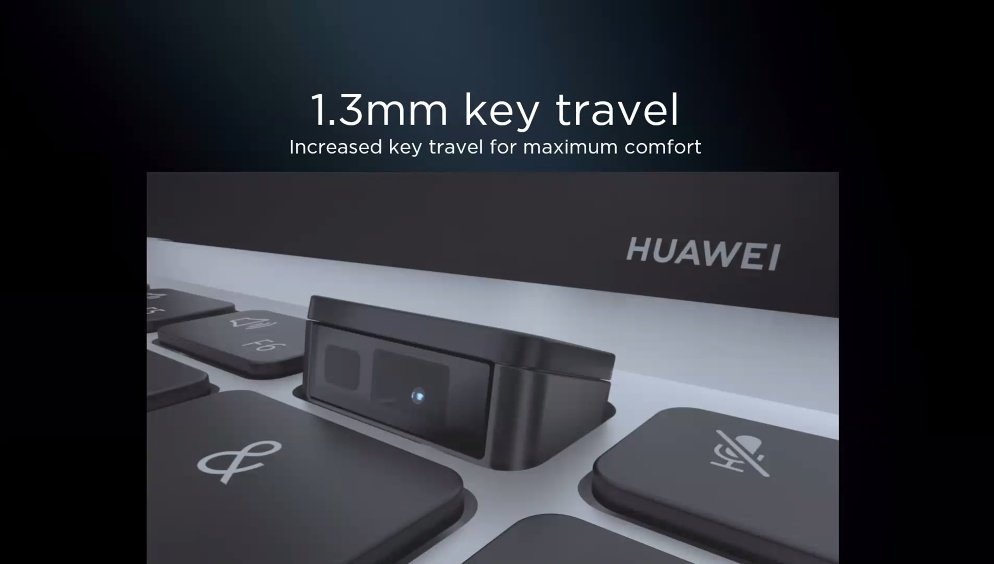 The other cool thing is the trackpad. Huawei is calling this  FreeTouch, but what this is, in simple terms is a static trackpad that simulates pressing buttons with haptic vibrations, much like Apple magic trackpads. Huawei has put 8 piezoelectric discs throughout the trackpad for pressure sensing in a more accurate way with a supposedly large haptic motor beneath. We will have to see how this works in practice, but we can’t say we’re upset with it. A cool thing about the trackpad, because Huawei wanted to make it larger, 26% it says, it moved it right to the perimeter of the chassis, and by that, I mean the trackpad is no longer rectangular, the cut out a piece of it to go around the thumb insert to open the lid. 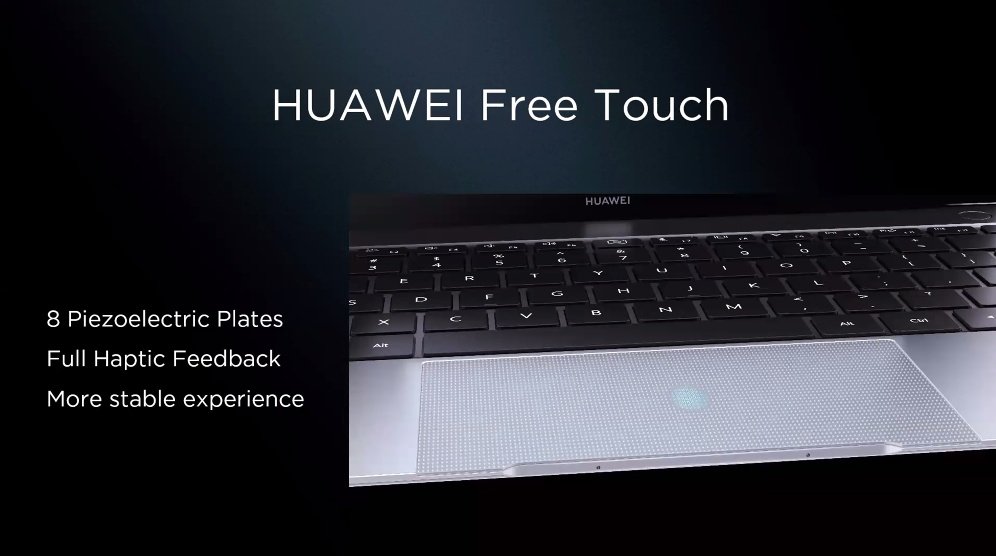 Huawei also moved the Huawei Share NFC sticker inside the trackpad. Hiding it like this allowed the sticker to be larger and the detection range to increase. Huawei says that it is 3x larger detection area and 1.5x larger range, meaning you don’t actually need to tap your phone on the trackpad, but bring it close to it. One thing you won’t see is speaker grilles, that’s because the quad speakers (yes, quad speakers) actually send sound up through the keyboard. We’ve seen this done very well, and very poorly, and in a device this thin I’ll need to test it before I have a conclusive result, but even if it is bad, it’s very cool. 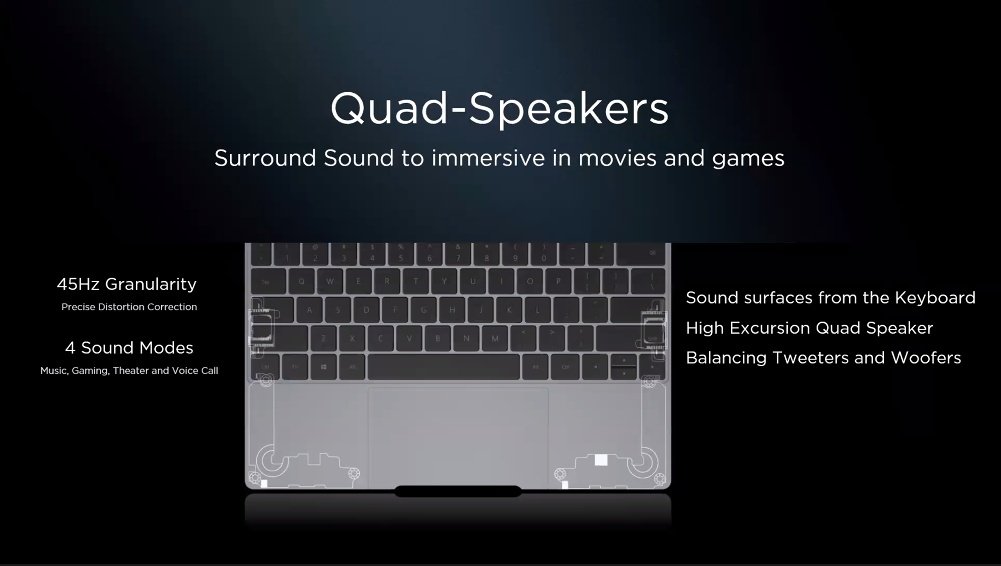 For I/O it is pretty spartan, there is a USB-C port on either side, but at the time of writing this, we do not have details on what type of USB-C ports those are. Given Huawei’s history, my guess would be that these are USB-C 3.2 Gen1 5gbps ports. Huawei has let me know that both left and right ports support charging and Display output which is great, but would not give details on the sped of the ports, lending credence to my theory they are 5gbps. 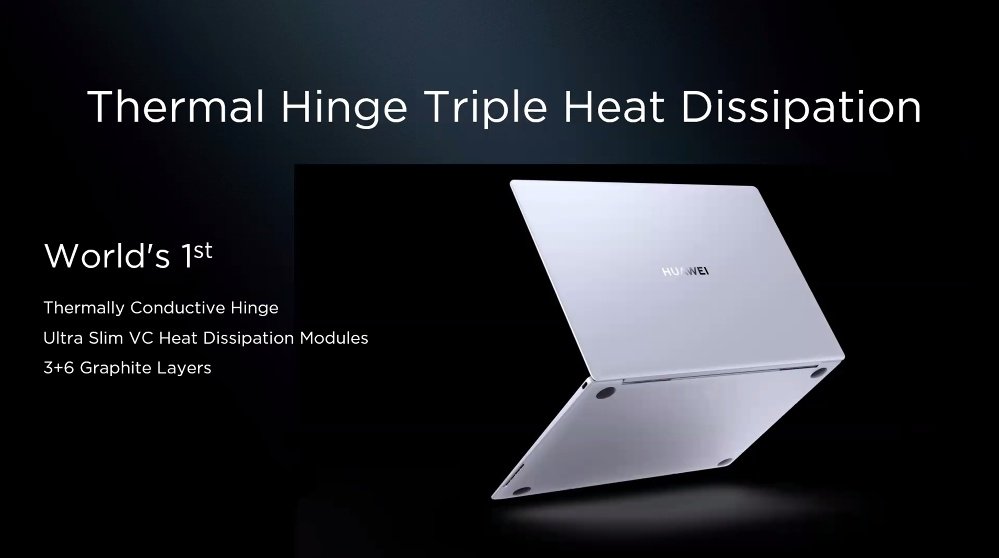 Something Huawei talked about very excitedly and simultaneously gave very little information on was its new cooling solution for the MateBook X. the MateBook X (2020) uses an Intel 10th gen Comet Lake (meh) solution, the Core i7 10510U. Comet lake has the ability o reach high clocks, but it also gets quite toasty, so Huawei has implemented a Vapour chamber cooling solution here, but the cool this is what the vapour chamber is attached to, and it is a Thermally conductive hinge. Huawei has also said there are graphite layers, but doesn’t go into how they work, what they’re used for etc. but If I had to guess (which I do, because Huawei hasn’t told me) it’s that the Graphite sheets are being used to connect the vapour chamber to the hinge, but this seems inefficient, we’ll have to wait and see.

Next up is the MateBook 14, this has fewer fancy upgrades but gets a momentous boost in power. Starting off with the headline act, the Whiskey Lake CPU and MX250 GPU has been thrown to the side in favour of the AMD Ryzen 7 4800H. This is an 8 core, 16 thread 7nm beast, don’t believe me? Check out this video from Hardware Unboxed. 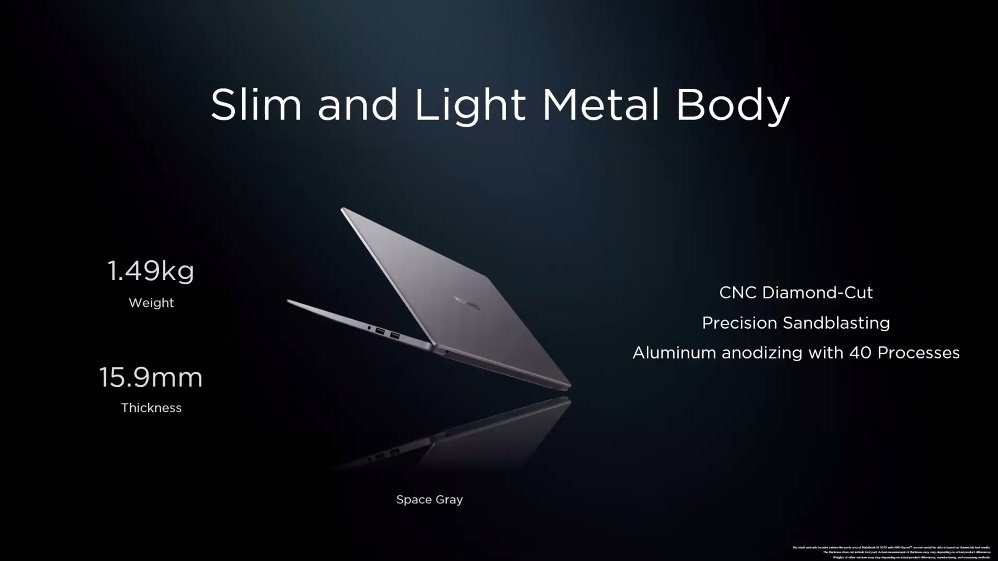 Other upgrades are more modest. Huawei shrank the PCB by 15%, this allowed them to use larger fans that spin slower and just two heat pipes. I’m not yet sure how wise 2 heat pipes is as a cooling solution, but we will soon find out. The chassis is CNC aluminium this time and it is 1.49KG in weight and 15.9mm thin, so still pretty damn thin considering the power inside of it. Given that Huawei didn’t mention the fancy haptic trackpad, I’m going to go ahead and assume the MateBook 14 has a traditional trackpad (Though I do not see any Huawei Share stickers, so this likely has the Huawei share sticker inside). I/O is also pretty normal with a single USB-C (no specs given) a full-sized HDMI port (likely 2.0b) and on the other side, 2 USB-A ports, these are USB 3.2, now USB 3.2 spans from 5gbps to 20gbps, and given Huawei is not shouting from the rooftops that it has USB 3.2 gen 2×2 at 20gbps, I’m going to guess this is USB 3.2 Gen1, or SuperSpeed 5gbps, man these USB names suck. Lastly, the battery stays the same at 56Wh so that paired with the 7nm Ryzen chip we can expect some pretty good battery life. And charging is done via the included 65w USB-C charger.

The MateBook X and MateBook 14 are both looking to be great laptops, one is a powerful workhorse, the other is a super-thin mobility king with some very impressive tricks up its sleeve like the thermal hinge and the free touch trackpad that I’m interested in checking out. Sadly we don’t know pricing or availability as of yet, but this post will be updated with that information as soon as we have it. 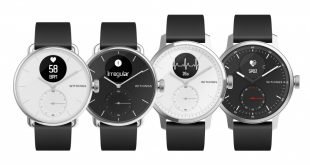