Chrooma Keyboard gets updated to version 3.0

While Chrooma keyboard takes a lot of its aesthetics from the default Google Keyboard, it doesn’t mean there are no nifty features within this keyboard which you won’t find inside the Google Keyboard. The main feature of this keyboard has been customizing since the beginning, on top of that we’re currently seeing some new and interesting features arriving in version 3.0, which started rolling out today.

A lot of features actually aren’t new to the world of the keyboards on Android as they were mostly introduced with Google Keyboard 5.0. My personal favorite is the ability to use the space bar as a kind of track pad, allowing you to move the cursor with just a swipe of your fingers, making nuanced edits to your texting’s much easier when you’re holding the phone with one hand.

But that isn’t everything that’s new in this version of Chrooma. Besides the features from Google’s Keyboard, they included an Action Row which was seen in the beta little while ago. Something that’s also new to the table is the Google Now integration which is pretty straightforward. If you’ve got some content typed, and you swipe up the space bar, Chrooma will search for this term on Google. At last we’ve got the new keyboard style with the optional borders around every single key.

What are your thoughts on the latest version of Chrooma? Do you like the new features, and what else should be improved? Do let us know in the comments below! 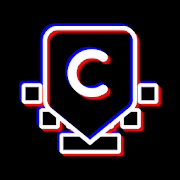