So, Friday the 10th of November 2017, Before the BlackBerry/CrackBerry Unstoppable Tour in London starter, there was a press event, the announcement and Launch of the new handheld from BlackBerry Mobile, The BlackBerry Motion, their first all touch device since the DTEK 50/60, and Thankfully, this one is not just a rebranded Idol device, let’s have a look further into it.

Disclaimer: BlackBerry Mobile have provided us with this device free of charge for the purpose of this review, however neither BlackBerry Mobile, TCL Communications or any other external entity has any input on this content before it goes live. Only other MTT Editors get to review this. 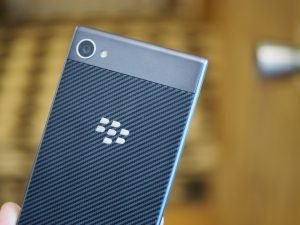 Up around the front, we have the 5.5” 1920×1080 IPS LCD Display. This is a perfectly fine display, but after a few months on OLED, it’s hard to look at an LCD and not be slightly disappointed, especially when this is such a pedestrian size and resolution; a 1080p 5.5” OLED display is plenty easy to find, just ask OnePlus. Being a standard 1920×1080 panel, that means the aspect ratio is the good old 16:9, the standard for widescreen video and what we’ve had for years. Whilst it’s not my favourite, it’s not offensively bad, it’s just a bit boring compared to other displays on the market, whether it be the new hotness of 2:1 (I refuse to call it 18:9) or even, the cool 3:2 of the KEYone. The 16:9, IPS panel on the Motion is just fine, with acceptable brightness, good viewing angles, somewhat muted but likely accurate colours. It’s as pedestrian as a ham sandwich, there’s nothing wrong with a good ham sandwich, but sometimes you want a Bacon sarnie, some Ramen or even a Pizza. 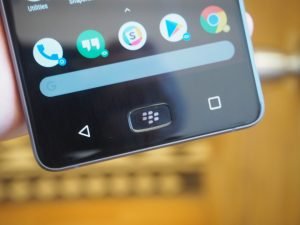 Below the entirely average screen is one of the largest chins i’ve seen in recent years (and makes me think of the multiple jokes at Sam Axe’s expense on Burn Notice). Sseriously though, the bottom bezel on the Motion is huge. When people complained about the bezel on the KEYone being too small and accidentally hitting the capacitive buttons, the answer was not to expand that space 5 fold and add a physical home button, it was to go to on-screen buttons. Also in that humongous chin there is a back and recent capacitive button as well as a physical home button with a fingerprint scanner embedded into it, with the BlackBerry logo silkscreened on top.

Up above the screen, we have a thankfully smaller bezel (though it couldn’t really be bigger) the ambient light and proximity sensors, the 8mp front facing camera, the earpiece and the classic BlackBerry LED notification dot (which I recently learnt, the software indicator, is called a Spark).

The top is curved and featureless, and the bottom has the 3.5mm audio jack, the USB-C port and the main microphone as well as the loud speaker, one of the worst places for it, but at least it gets decently loud. The left side of the Motion gets the SIM tray and MicroSD slot, whereas the right gets the volume rocker, the power button and the ‘Convenience’ key, and I have definitely hit the convenience key practically every time I meant to hit the power button. 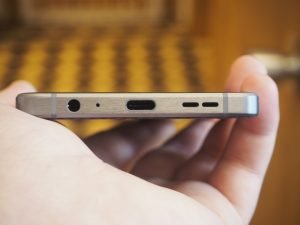 The back gets an interesting change, somewhere of a cross between the BlackBerry Q10 from about 5 years ago, and the KEYone. The top of the rear, where the camera and flash is, is the same as the sides and the top which is to say a nice metal, but the other ¾ of the rear is this carbon fiber/kevlar glass fiber weave, and I’m totally digging it way more than I thought I would from the photos and Renders.

So enough about how it looks, how does it work? Actually, really well. Inside, the Motion is basically a KEYone, with 4GB of RAM, 32GB of storage (with MicroSD expansion) the venerable Snapdragon 625 and a 12mp rear facing camera with large pixels. Where the Motion differs though is the screen and the battery. We’ve already spoken about the screen, the ho-hum 16:9 IPS display is just that. The battery however is anything but pedestrian. With a 4000mAh Li-Ion Polymer pack, the Motion is an endurance beast from our early 72 hour testing period. Of course we need more time to run some endurance numbers, but with a similar set of internals to the KEYone but a 495mAh larger battery, I’m feeling like this is going to take the endurance award from the KEYone and wear it proudly. 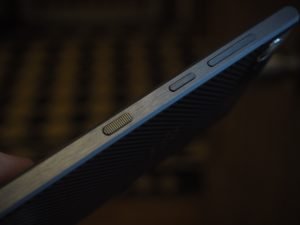 Software-wise, it’s a relatively stock version of 7.1.2. Sadly no Oreo, but BlackBerry has confirmed it is on its way for both the KEYone and the Motion but did not commit to a timeframe. Hopefully, the Motion does better at security updates than the KEYone. Whilst for a few months BlackBerry was seriously impressive, pushing security updates out the same day as Google, the KEYone has been a bit more hit and miss, with our personal unit being on the September Security patch until yesterday, November 12th, almost 2 months out of date.

BlackBerry will be selling the Motion for £399, and it’s looking like that competitive price is going to do it just fine. When the KEYone launched, I thought that the £499 price was too high for normal consumers, but from everyone I have spoken to at BlackBerry and TCL, they couldn’t make KEYone devices fast enough, which is an encouraging sign for the future of BlackBerry Mobile.

Stay tuned for our full review in the coming Week. 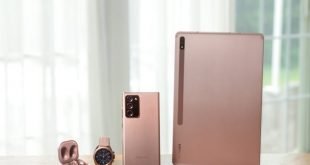