It’s that time of year when iOS fans everywhere start to scrabble around for those crucial few pounds/dollars; looking down the side of the sofa, busking, and even considering selling that kidney on black market. Whatever you’re doing to get ready for the next wave of devices…wait. What will you get for your money? Read on.

Today,March 21st 2016, Apple unveiled their plans for their next generation/iteration of devices. The Cupertino giant announced their cheapest iPhone yet at just £359 for the 16GB model, with the pocket-sized iPhone SE. The iPhone SE sees the return to a smaller form factor for Apple, delivering a 4″ screen with a resolution of 640 x 1136 (326 ppi), 12MP iSight Camera, the same 64bit A9 processor available in the currently iPhone 6S Plus, and is available to order from March 24th. 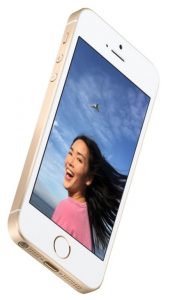 The iPhone SE whilst being smaller in stature, still has a number of flagship features. The iPhone SE will sport a fingerprint sensor with Touch ID, 4K video recording, NFC in the form of Apple Pay, and will deliver the latest operating system from Apple, iOS 9.3.

Disappointingly for some, the base storage model remains 16GB, however there is also a 64GB option.

In addition to the specifications, Apple will be offering the iPhone SE in a number of colours. As usual the Gold, Silver, Space Grey and Rose Gold offerings return from that of previous devices.

Not only did Apple launch a new phone, they continued their trend of announcing an accompanying device at their events, with another iPad Pro being announced. This time, the iPad pro shrinks in size somewhat to offer a 9.7″ form factor for those wanting a smaller device.

This year’s iteration on its definitive tablet offering delivers a smaller footprint, a 9.7″ Retina display with a resolution of 2048 x 1536 (264ppi) which is the same density as the 12.9 iPad Pro model. In addition, the 9.7″ iPad Pro sports an A9X 64 bit processor, with M9 coprocessor, 12MP camera, 4K video recording which surpasses it’s bigger brothers’ 1080P, Touch ID, Apple Pay as well as a host of display technologies. This device is available from the 31st March and will start at £499 for the base model, and will come in the same colours as the iPhone SE.

The next version of Apple’s iOS was also unveiled during the event and will come bundled with the iPhone SE device. The software will offer a host of smaller fixes and tweaks, with new features such as Night Shift – a mode to reduce blue light, third-party support for Health integration, and new personalisation options also being added.

Finally, Apple announced a bit of a price cut for their Apple Watch devices. Where prices currently start at £349, Apple will be cutting this by $50 to a $299 starting point. Not much, but good for those who were holding out for such a decrease.

Did this event do anything to excite you? Are you about to pre-order your iPhone SE, or do you instead fancy the look of the smaller iPad Pro? The emphasis this event seems to have been on size decreases but maintaining the specifications and power of the original units; is this what you wanted to see?