After announcing the Axon 7 back in May 2016, today in Berlin at IFA 2016, ZTE have announced the Axon 7 Mini version – which isn’t all that “mini”! Read on to learn more. 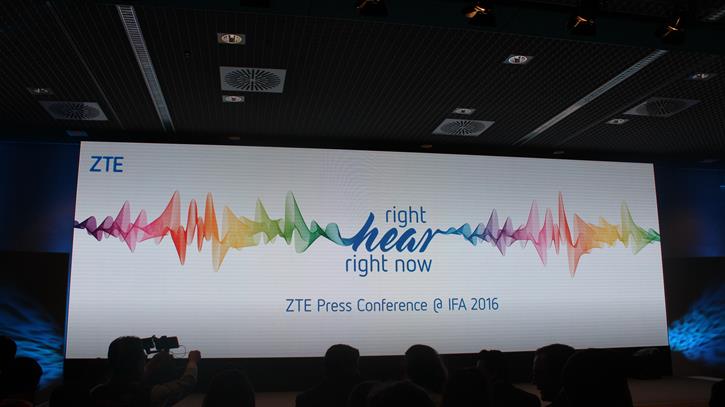 ZTE, fresh from what has been largely positive responses to their Axon 7, announced the Axon 7 Mini. The focus of the device was squarely laid at the door of it’s audio prowess above all other specifications. Peter Lester, a respected music journalist and a representative from Dolby themselves were trotted out to discuss the immersive sound, and the included Dolby Atmos technology to further emphasize the audio capabilities of this device.

A collaboration with Designworks to create a fully aluminium unibody design based on sports car designs and a comparison to “other” flagships created some hype in the crowd. 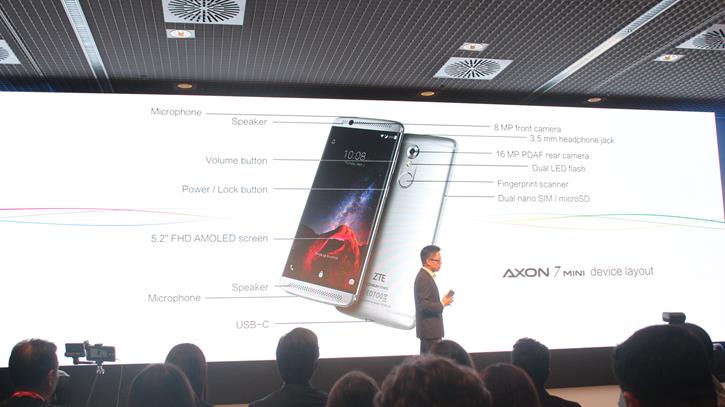 The other specifications to then hit the screen were decidedly mid range however, with a 5.2″ 1080p display, with a 16MP rear facing camera with an f/1.9 aperture and phase auto detection focus, an 8MP front facing camera, 3GB RAM, 32GB ROM, USB Type-C and a Fingerprint scanner. The decidedly mid-range part of this line up is the Snapdragon 617 processor which has caused issues in other handsets in the last 12 months.

We’re not sure where the “mini” comes in, but we can say that during our hands on it’s very light, and very “HTC” in look and feel. It’s even complete with front facing speakers to boot.

It remains to be seen whether the ZTE Axon 7 Mini manages to “redefine the flagship audio experience” as claimed when it’s available to order from the 7th September at a price of $299.

Let us know your feelings on this launch?