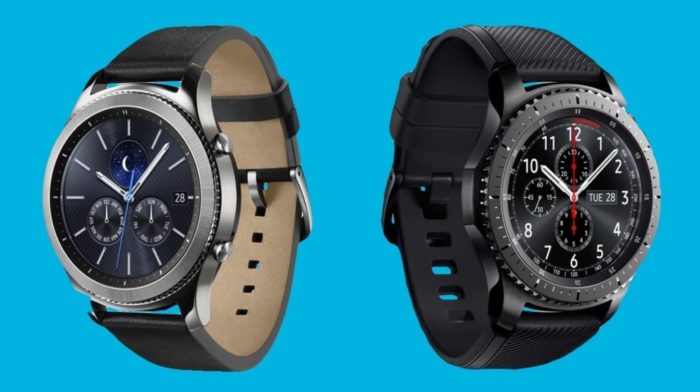 With Yvan Arpa, a world-renowned watch designer delivering his expertise to help design the Gear S3, Samsung are looking to capitalise on existing Watch owners looking to get more than just time from their pieces. Yvan reeled off a number of reasons why the chassis, texture and general feel and balance of the unit makes the Gear S3 a great option.

On the technology front, the specifications see a bump from the Gear S2 as expected.

The Gear S3 line also has a number of sensors built-in. Integrated GPS, Speedometer, Barometer and Altometer, along with MST + NFC compatibility means that almost any contactless terminal will accept payments via the Gear S3 watches. The Gear S3 even has an SOS mode. 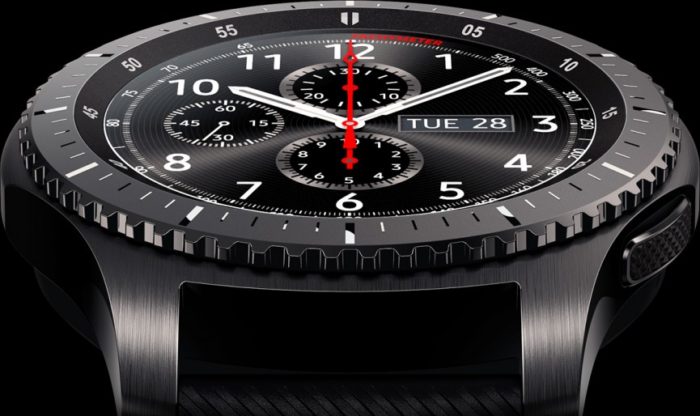 Both watches are resistance to dust and water thanks to the Classic’s IP68 raiting and the Frontier’s more comprehensive MIL-STD-810G rating and Gorilla Glass SR+, the recently released glass standard, on both. There’s also a built-in speaker and 4G LTE (optional on the Frontier) that should allow more flexibility with the device without having to have a Phone nearby (in some scenarios).

All of this is great functionality, but none of it is useful when the battery dies. Thankfully Samsung have managed to deliver 3-4 days of battery on a single charge on both devices, which should appease most consumers that have lamented the poorer battery life of Android Wear devices in the past.

What do you think of the latest smartwatch from Samsung? Innovative design and technology in harmony, or iterative release with the same questions left unanswered? Let us know in the comments below.