I’d be lying if I said this wasn’t actually my favourite announcement so far of IFA 2019. The iconic 2720 Fold has been rebadged, funked up and relaunched as the Nokia 2720 Flip, a feature phone with some smart aspects. 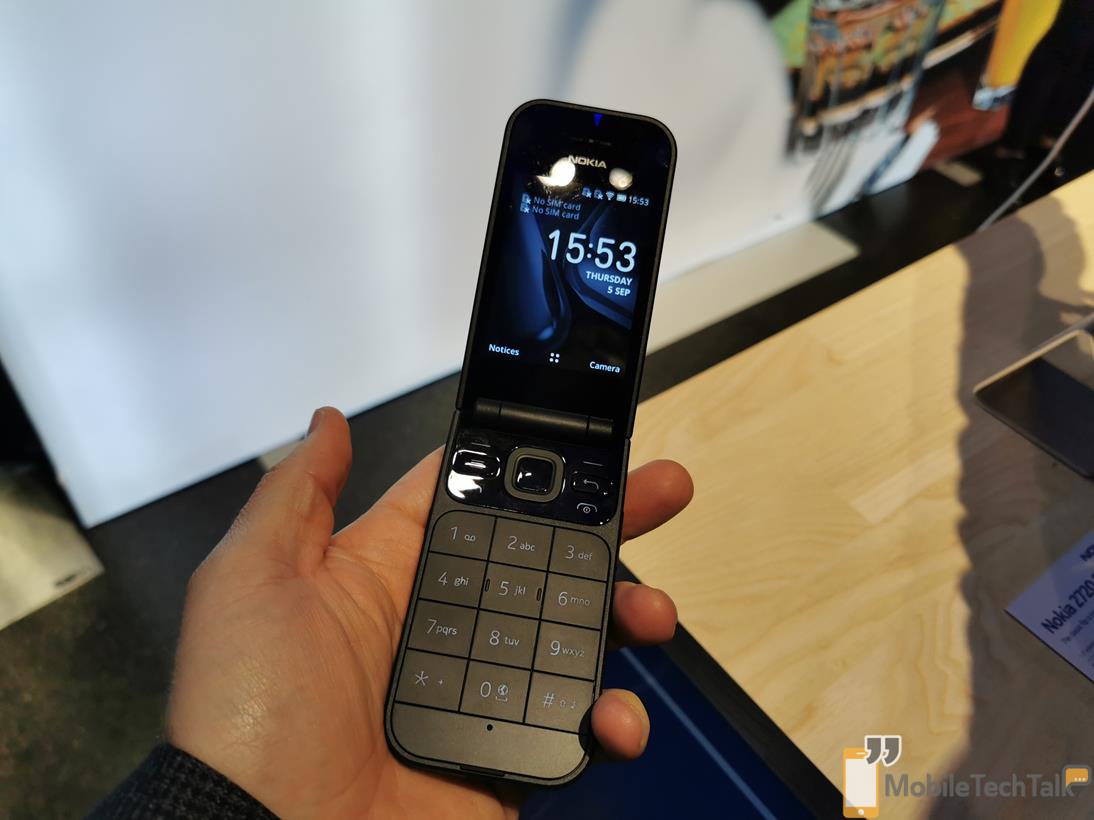 Let’s not beat around the bush here; the Nokia 2720 Flip is a nostalgia play, but it’s not just that. As a feature phone, it doesn’t cost too much upfront at €89, and with 4G LTE and the ability to act as a Wi-Fi hotspot, it has more than a few modern cues.

The 2720 Flip is based on KaiOS which is an operating system that looks to deliver more modern OS features to formerly dumbphones. The inclusion of Google Assistant shows how far apart from standard feature phones the 2720 Flip stands. Press and hold the dedicated button and you have full access to Google’s AI. Other applications such as WhatsApp, Facebook, YouTube and Google Maps are also onboard.

A 1.3-inch external display will show notifications and other ‘ambient’ information such as the time, with a larger 2.8-inch internal display by which most functions are activated.

The  has 512MB of RAM and 4GB of internal storage along with the Qualcomm Snapdragon 205, which helps to deliver the claimed standby time of up to 27 days. There is also a camera – but it’s a 2MP fixed focus one, so you’re not going to be composing any works of art here.

The 2720 Flip will be available in Black or White (grey) later in September. For more information check out the 2720 Flip Nokia website.