MobileTechTalk is visiting IFA, what do we expect of it?

For the first year in the existence of MobileTechTalk, some members of our team are going to visit IFA. Everyone (Craig, Kurt and Dom) will arrive today, making themselves set up for a nice week of announcements, tech, beer and of course some typical German food (If you’re visiting Germany, you just need to eat a bratwurst…)

We’ll try to cover as much as possible of this event, with whenever possible some video footage. But, you’ll of course be able to find that on our website or YouTube channel.

What do we as MobileTechTalk expect to see at IFA 2016?

As for Samsung we’re expecting them to show us the new Gear S3, and a new high-end tablet, called the Tab S3 on the 31st of August. 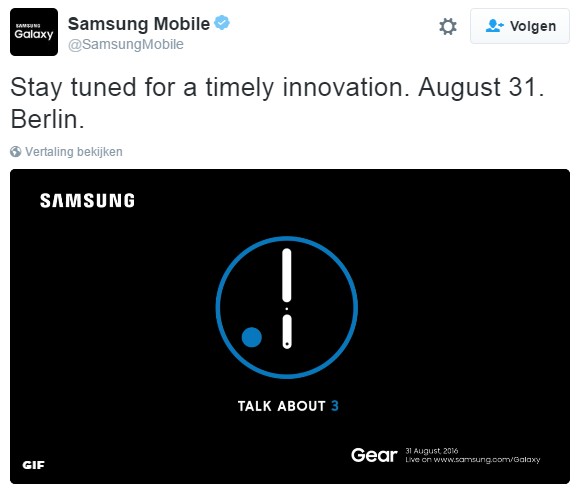 Following all the leaks in the past few weeks / months, Motorola is expected to announce the Moto Z Play and their follow-up on the 2nd generation of the Moto 360. The Moto Z Play is rumored to pack the Snapdragon 625 with 3GB of RAM and a 5.5″ Full-HD display.

As for Sony, we’re expecting two new devices which were shown on one of Sony’s websites in the past weeks, the Sony Xperia XZ and X Compact. The XZ is rumored to have a 5.2″ display, while the Compact obviously comes with a smaller 4.6″ display. Both devices are rumored to pack the same specs, 4GB of RAM and the Snapdragon 820 for its power, other specs for these devices didn’t yet leak, but we’ll find out about them soon enough hopefully.

To finish up this part, Huawei. And for now nothing really leaked about this, we do expect them to launch their follow-up of the Huawei Mate S, and maybe a new smartwatch. But, we would be surprised if Huawei didn’t use this event to launch something new for in their high-end lineup.

Just like I said at the beginning of this article, we at MobileTechTalk will try to cover as much of this event as possible with our entire team. If you’ve got any specific questions about IFA, feel free to drop them in the comments below and we’ll try to answer them as soon as possible.