When Panos Panay walks onto the stage, people know that they are going to at the very least be entertained. Panos’ stage craft introduced a number of new Surface products such as the Microsoft Surface Book i7 and Surface Studio. 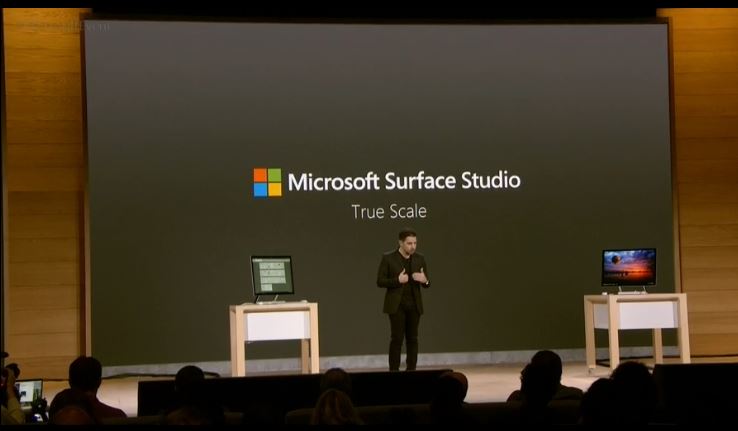 Panos Panay took to the stage to discuss Microsoft devices following the intracacies of the Windows 10 Creators Update. Everyone loves Panos as he is so enthusiastic and his stage craft is second to none at Microsoft. Panos started by stating that the Surface Book will now feature the most powerful Intel Core SKUs on offer and will be called the Surface Book i7. 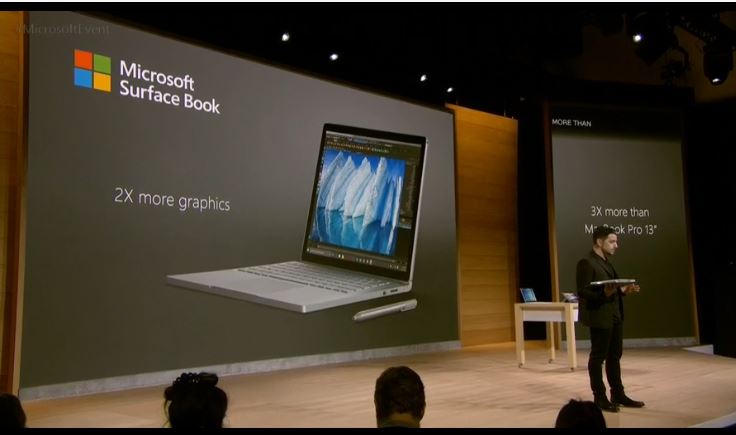 Furthermore the design of the Surface Book was updated to include a secondary fan to raise that performance ceiling, as well as raising the battery life to a maximum 16 hours. Pre-orders of the Surface Book i7 is available now for $2,399, and is ready for shipments in November.

“You guys want to hear about a new product?”. That was obviously met with a whoop and a clap. Panos delivered the introduction to a brand new product, Surface Studio. 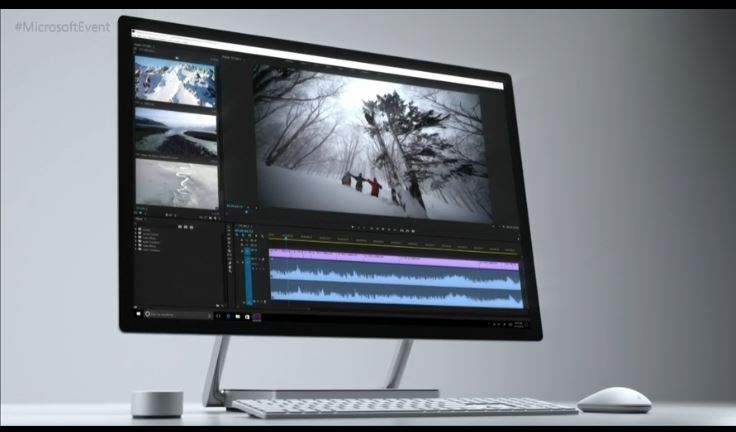 Surface Studio is an all in one Surface product joining the Surface Pro and Surface Book line ups, with a wafer thin 12.5mm display in a full aluminium enclosure delivering 63% more pixels than a 4K TV. One inch on the screen is truly one inch in real life, which is a scale that will help creators. 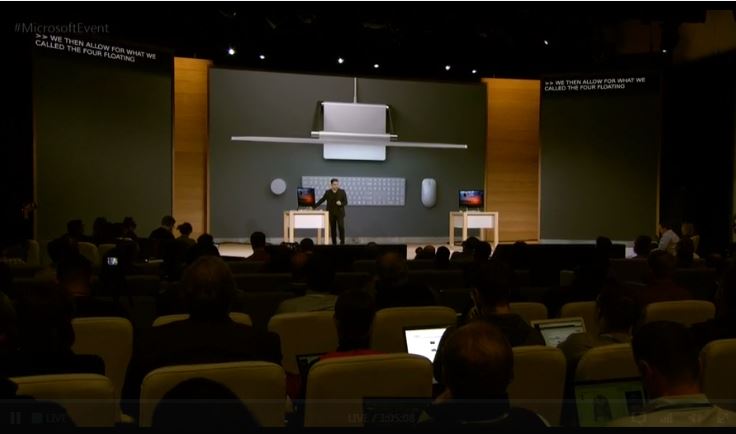 Powering the Surface Studio is a GeForce 980M graphics card, 32GB of RAM and a 2TB hybrid drive and an Intel Core i7 – top of the line specs.

The true power of the Surface Studio is housed in a single aluminium box with a single cable powering it. There’s a bunch of ports, including audio jack, SD card, mini DisplayPort, Ethernet and 4 USB 3.0 ports. Cortana can be accessed from anywhere inside the room due to the included Mic array. The device has several accessories, including a keyboard and mouse, and a dial with force feedback.

As all of the hardware is housed within the box itself, the display is easily manipulated into more ergonomic angles to allow easier creation. 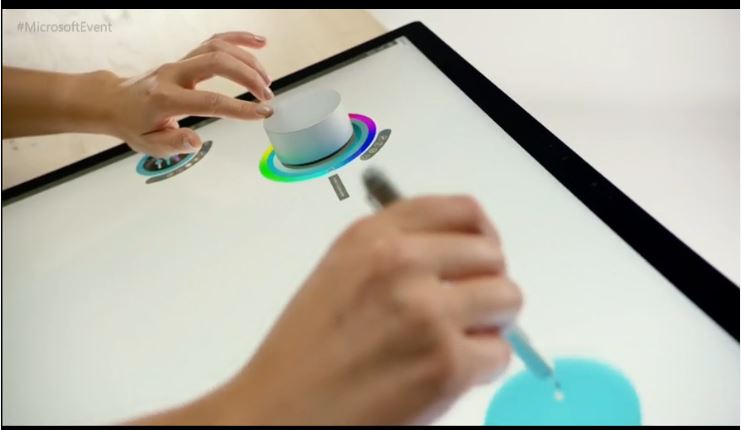 Now let’s talk about that Dial shall we. Not only does it have force feedback but in the demonstration given, it can act as a connected device that integrates with the Surface Studio display to offer creators access to multiple tools and software accessories to ensure a full range of creation techniques. Think of the Dial as Minority Reports’ gloves! It’s a brand new input device that can be used with the entire Surface line of devices.

Pre-orders start today with November shipments. This Surface Studio product will set you back a pretty penny however with units retailing for $3,000.