Libratone might not be a company you’re too aware of. Scandinavian, and only founded in 2009, Libratone are pushing new headphones into their audio offering with the Adapt Q in ear and on ear products. 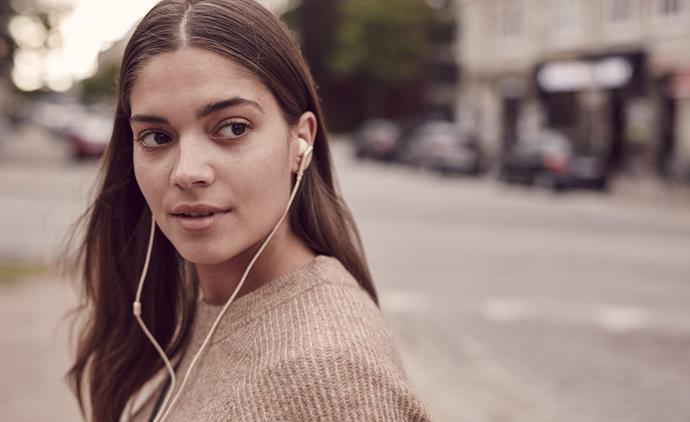 Libratone already have a number of devices on the market such as the Zipp, One and Too products which all centre around portable Bluetooth audio. The Adapt Q range is their first foray into headphones.

The Adapt Q units have ANC (active noise cancellation), but with a difference. CityMix, as they are calling it, offers multiple levels of ANC within their companion app (also accessible from the device) to cope with many daily scenarios. As was described to us during a demonstration, commuters could choose Level 1 in order to hear the train announcer detailing the next stop, but then ramp it straight back to level 4 to totally block out external noise and immerse themselves in their content.

Not only does this seem like a practical idea, it’s also potentially a safety feature too. Walking or running along a path, one can often ignore cars, cyclists or other obstructions due to excessive noise cancellation.

On Ear or In Ear

Two different variants of the Adapt Q are available. The In Ear units have a lightning connection to perhaps tie in nicely with a potentially forthcoming announcement from Apple as to the discontinuation of 3.5mm audio jacks. They have a slim elegant look to them and have a number of different silicone cones to allow fitting in any ear shape/size.

The On Ear unit is a Bluetooth unit with a reassuring weight, and a large portion of comfy padding on the cups and headband.

In both instances, ANC levels can be controlled either by the companion application or via the units themselves. This is something Libratone prides themselves on; the fact that all of their units share the same UI language. Simply put, if you can use one product, you can use the others they offer.

During our hands on, usage was second nature immediately and the toggling of the ANC levels really did give a different result and it could easily be understood where each level could be leveraged best in a real world scenario.

Obviously the Adapt Q In Ears don’t need charging; simply pick up and go with your iOS device of choice. the On Ear Adapt Q units however do rely on battery power and can deliver over 2 hours of continuous playback. Additionally the Adapt Q On Ears feature a 3.5mm audio for those of us that a) still prefer that connection methodology and b) for if the battery life does give out. Obviously the ANC will not function in this scenario but you at least get to continue to listen to great audio from the 40mm drivers

Retailers such as John Lewis, Very, Argos and more are all likely stockists and if all else fails they can be purchased directly from Libratone. The Adapt Q In Ear units will retail for £159, whereas the On Ears will retail at £219, and are available in a variety of colours; Elegant Nude (gold/skin), Cloudy White, Stormy Black, and Rose Pink (only for the In Ear units).

Keep an eye out for a review of these product shortly and we’re sure to put them through their paces in commutes!