Huawei have been making a few waves in the last 12 months with various smart devices and they look to do the same again with their latest product, released at MWC, the Huawei MateBook.

The MateBook looks to take aim at the business market and fight in the same space as Microsoft’s Surface Book, and with an integrated fingerprint scanner, 4500 mAh battery, 128GB through to 512GB SSD storage options, and a number of accessories such as the MateDock – a USB C hub, the Mate Pen, a €60 stylus, and a €160 keyboard, it seems to fit in quite well.

What do you think about the MateBook from the video above? We’d love to see how this holds up to the current heavyweights in this division and see if Huawei can truly start to mount a serious challenge and upset the established brands. 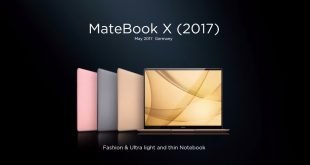