Last year, Huawei showed the world what happens when they actually try to live with the big boys in terms of laptops and we got the Matebook X Pro, a serious shot across the bow to Apple, Dell, HP and Lenovo. They showed that hardcore design and hardcore performance don’t need to cost the user a mortgage. Well, now they’re back with an updated Matebook X Pro for 2019, and a new laptop, the Matebook 14. 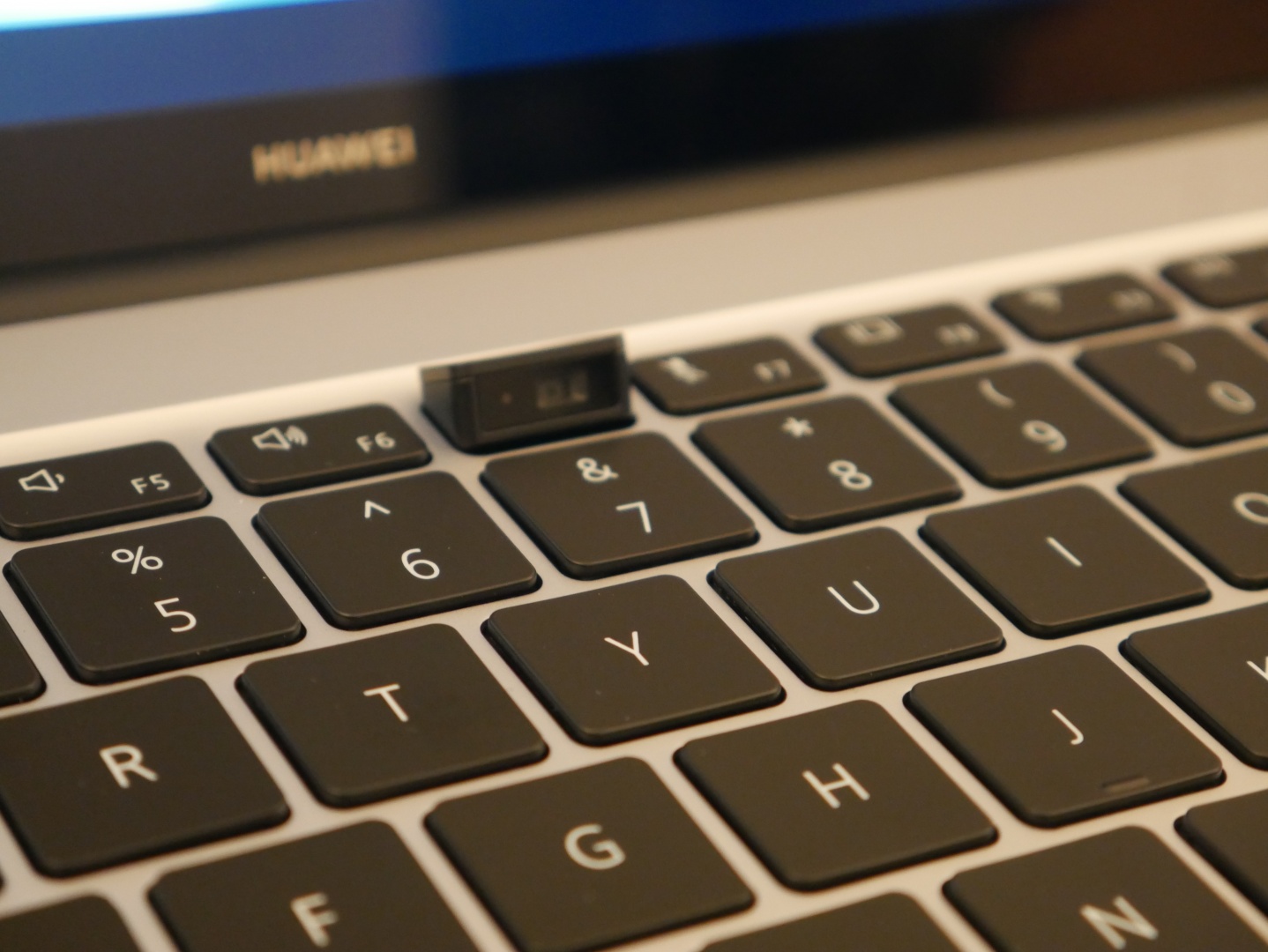 Looking at the upgraded Matebook X Pro, what has Huawei changed? Well, it’s mainly a spec upgrade, in fact, it is entirely a spec upgrade. Now we have the Core i7 8565U, a 15w U series chip in Intel’s new Whiskey Lake Architecture, you get 4 cores with 8 threads, Intel’s UHD 620 integrated graphics. This replaces the i7 8550 from the last gen and is a minor change, the core and thread count is the same, so is the cache structure, what changes is the boost clocks, going from 4Ghz to 4.6Ghz in the same TDP. The Whiskey Lake SKUs also get some hardware mitigations for Spectre and Meltdown variants. 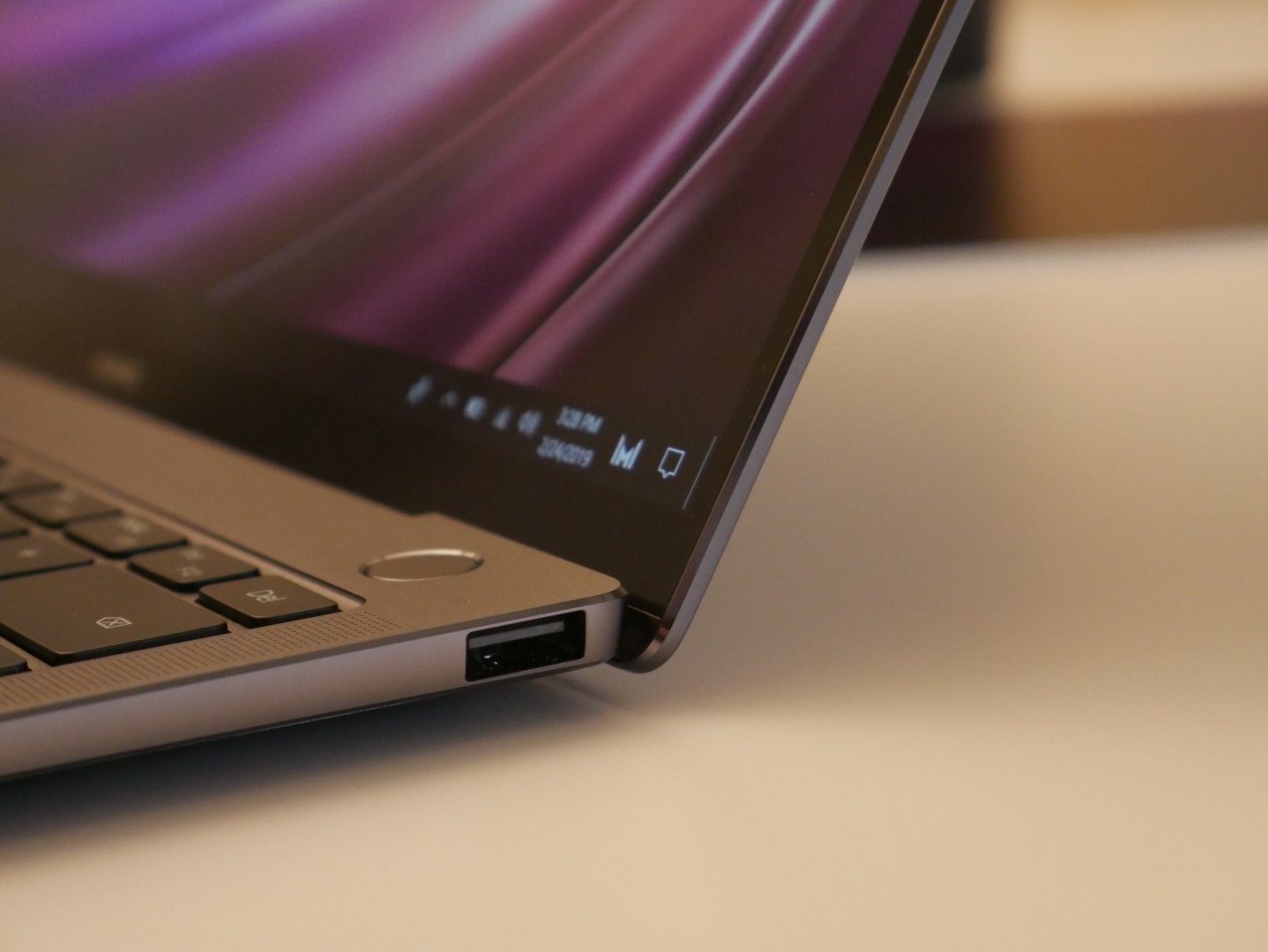 Huawei also swapped out the MX150 for the new MX250, which from what I’ve heard is less of a change than it seems, The Intel WiFi has been swapped for the new 9560 2×2 solution for up to 1733mbps max speeds, double that of the last gen. Most of the X Pro for 2019 is the same, mainly the gobsmackingly gorgeous 3000×2000 LTPS LCD screen with the 3:2 aspect ratio. The Last change is the revamped logo on the lid, gone is the Lotus/Clamshell Huawei Logo, replaced by just the typeface Huawei Logo. 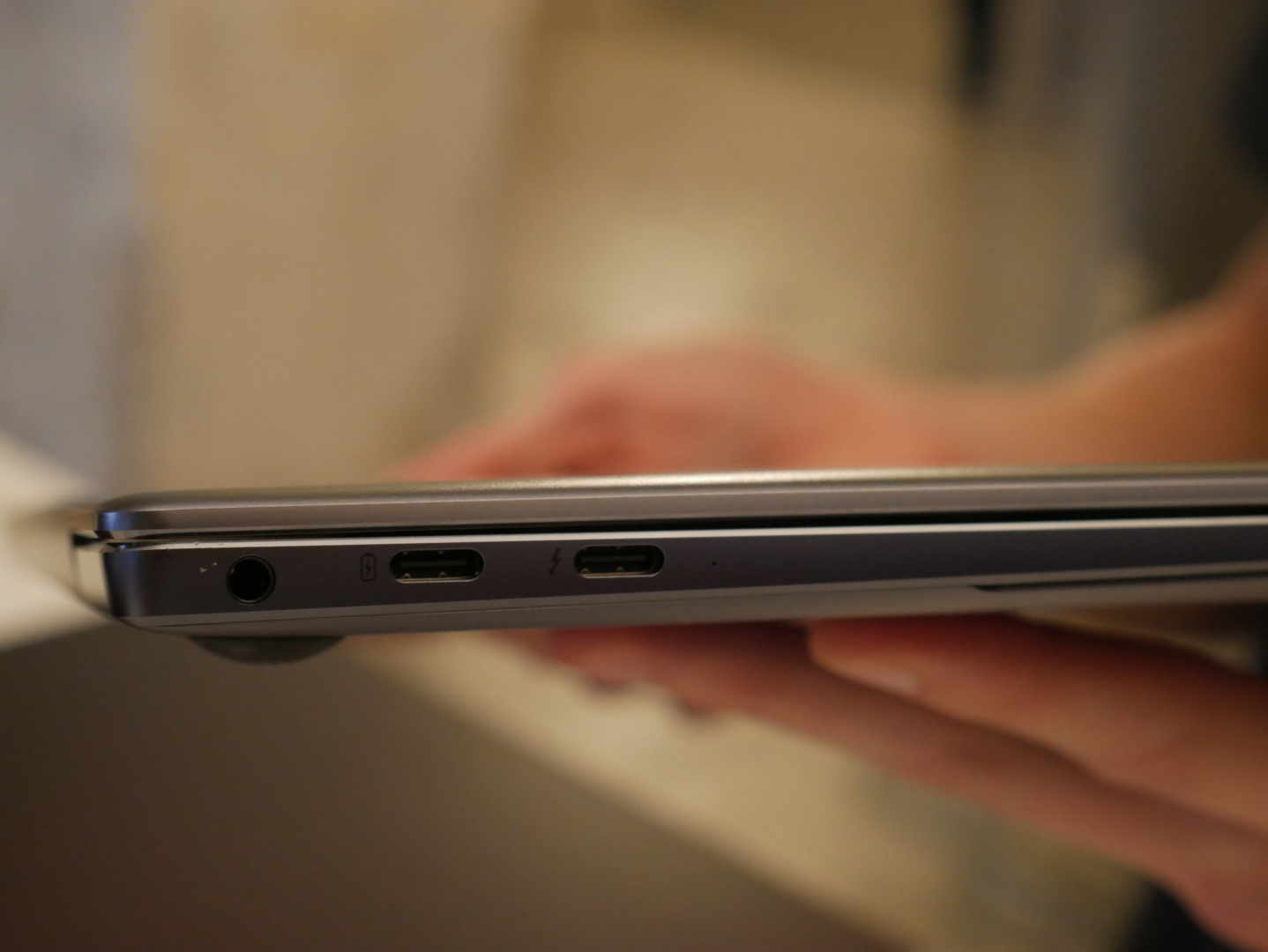 Next is the Matebook 14, this is a new laptop that goes in between the 13″ Matebook showed off at CES 2019 and the big boy that is the Matebook X Pro. Performance wise it’s going to be identical to the Matebook X Pro, with the i7-8565U and MX250, 16GB of RAM, but the main difference is the screen, it’s still 3:2, but the resolution has been dropped to 2160×1440, still a very respectable resolution and a high-quality panel, but just not quite as nice as the X Pro. 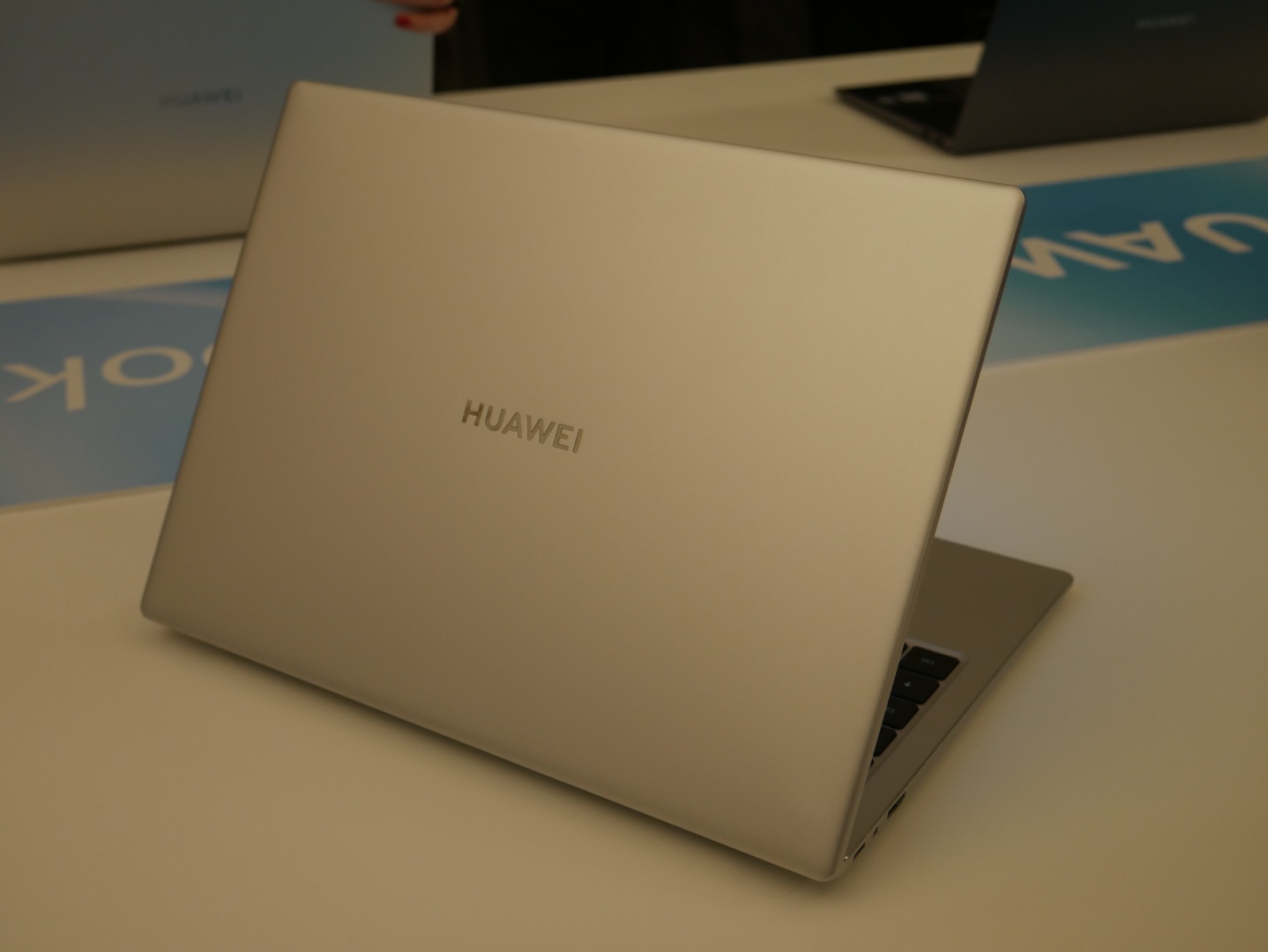 Something that Huawei spoke about was the choice of I/O. Whereas the X Pro is, well, for pro’s it has Thunderbolt 3, Something that isn’t likely to be used by the people the Matebook 14 is aimed at. The Matebook 13 on the other hand only has USB-C and no Type A or Thunderbolt 3’s, that is for portability and ease, for people that  don’t need to attach a lot of things often, so when they do, using a hub isn’t the end of the world, the Matebook 14 is, once again in the middle. With a Single USB-C (Not thunderbolt 3) A Single USB-A 2.0 port and a single USB-A 3.1 Gen1 (5gbps) port, paired with an HDMI jack and 3.5mm audio socket, the Matebook 14 is for everyone, for people that plug in USB drives often, some peripherals like printers, maybe a monitor, educators or student in other words. 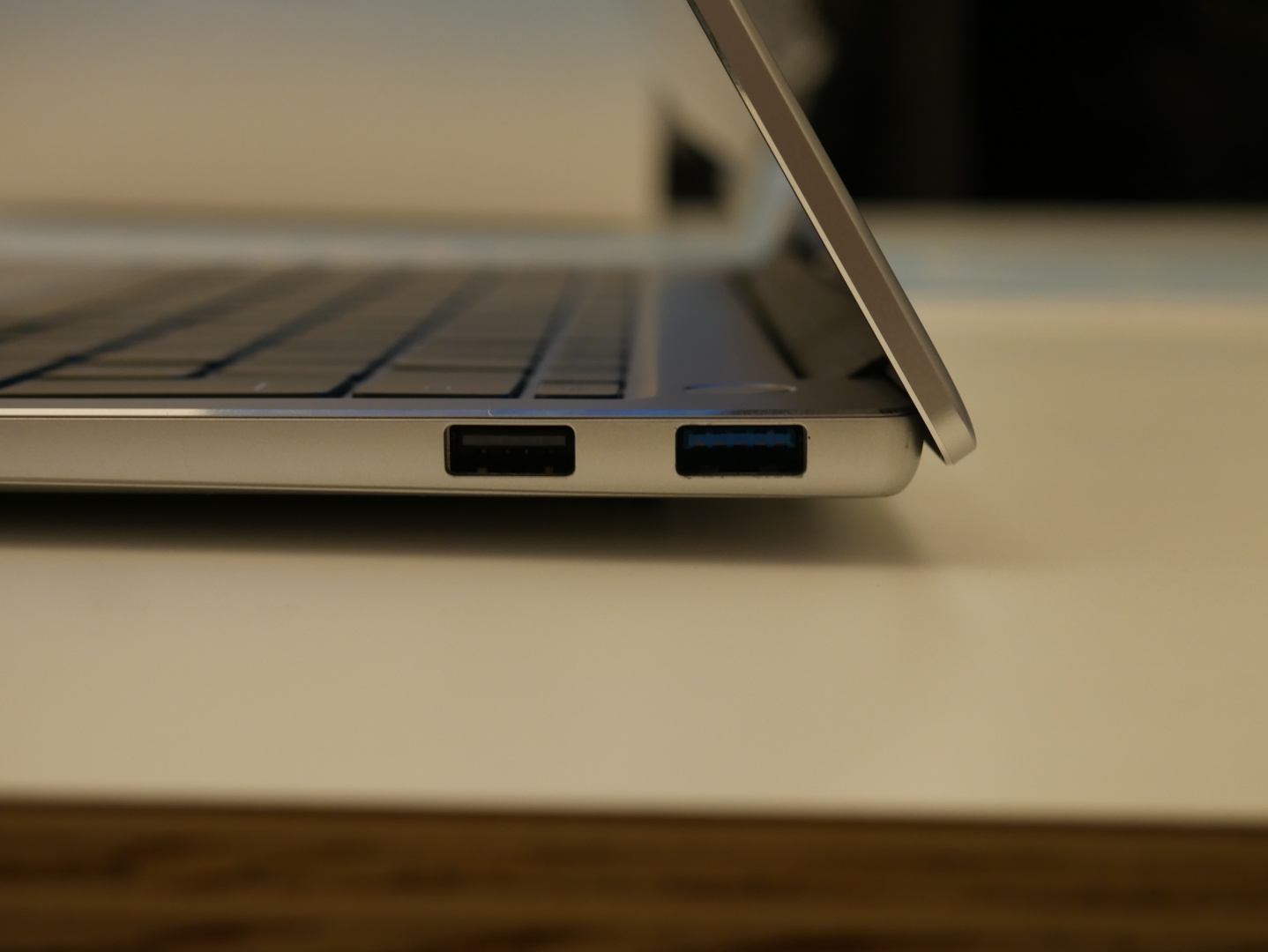 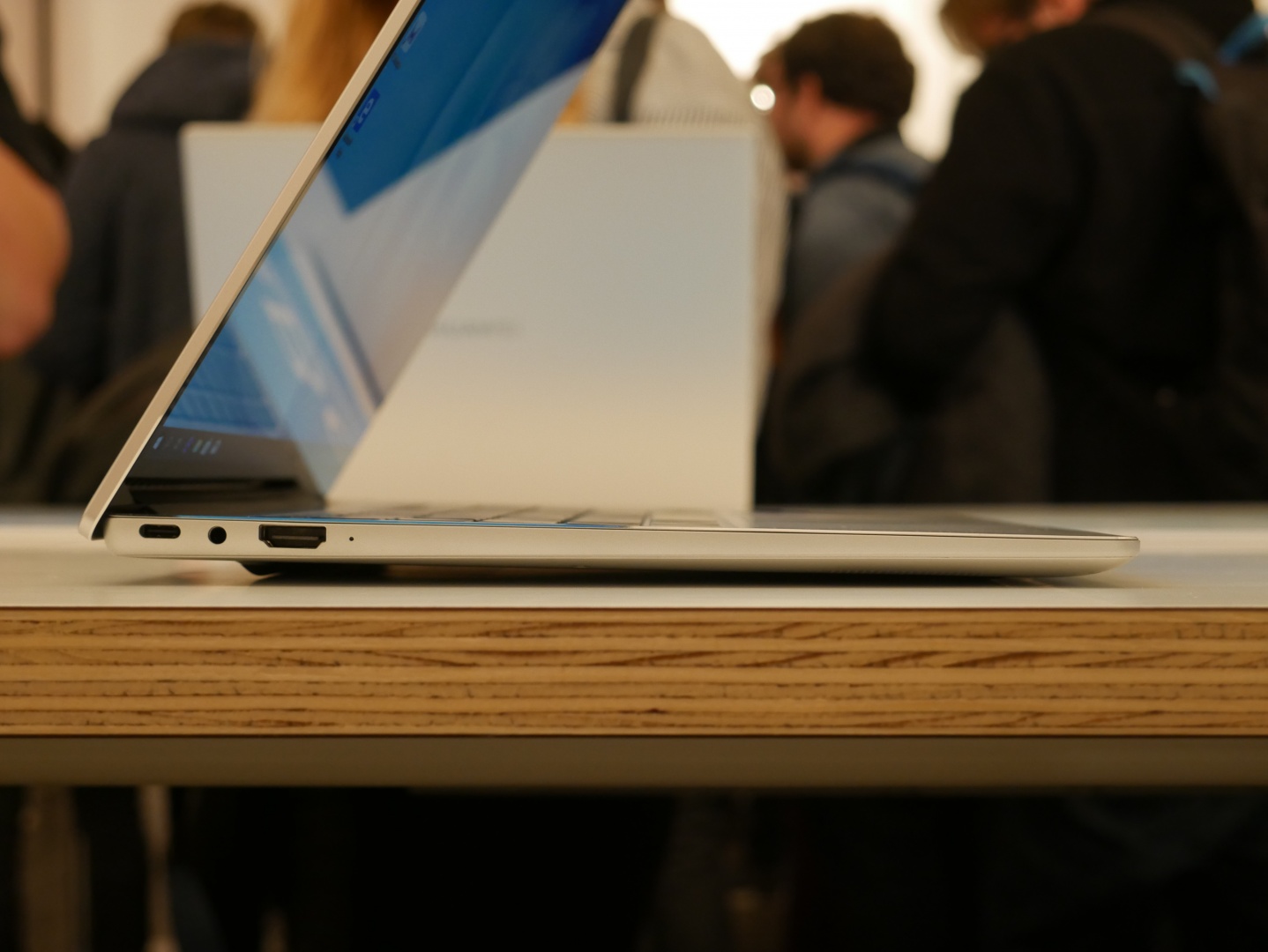 Something Else Huawei wanted to show us was what it is calling OneHop, an extension of the Huawei Share functionality that has been available for a while, in very simplified terms, think of Apple’s Handoff, initiated by NFC and carried out by WiFI Direct, for instance, you have a photo on your phone that you need to use in a presentation on your laptop, open up the photo on your phone, and tap it on the bottom right corner of the palm rest, within a second the NFC handshake has initiated the WiFi Direct protocol and transferred the image over and opened it up on your PC, very cool. 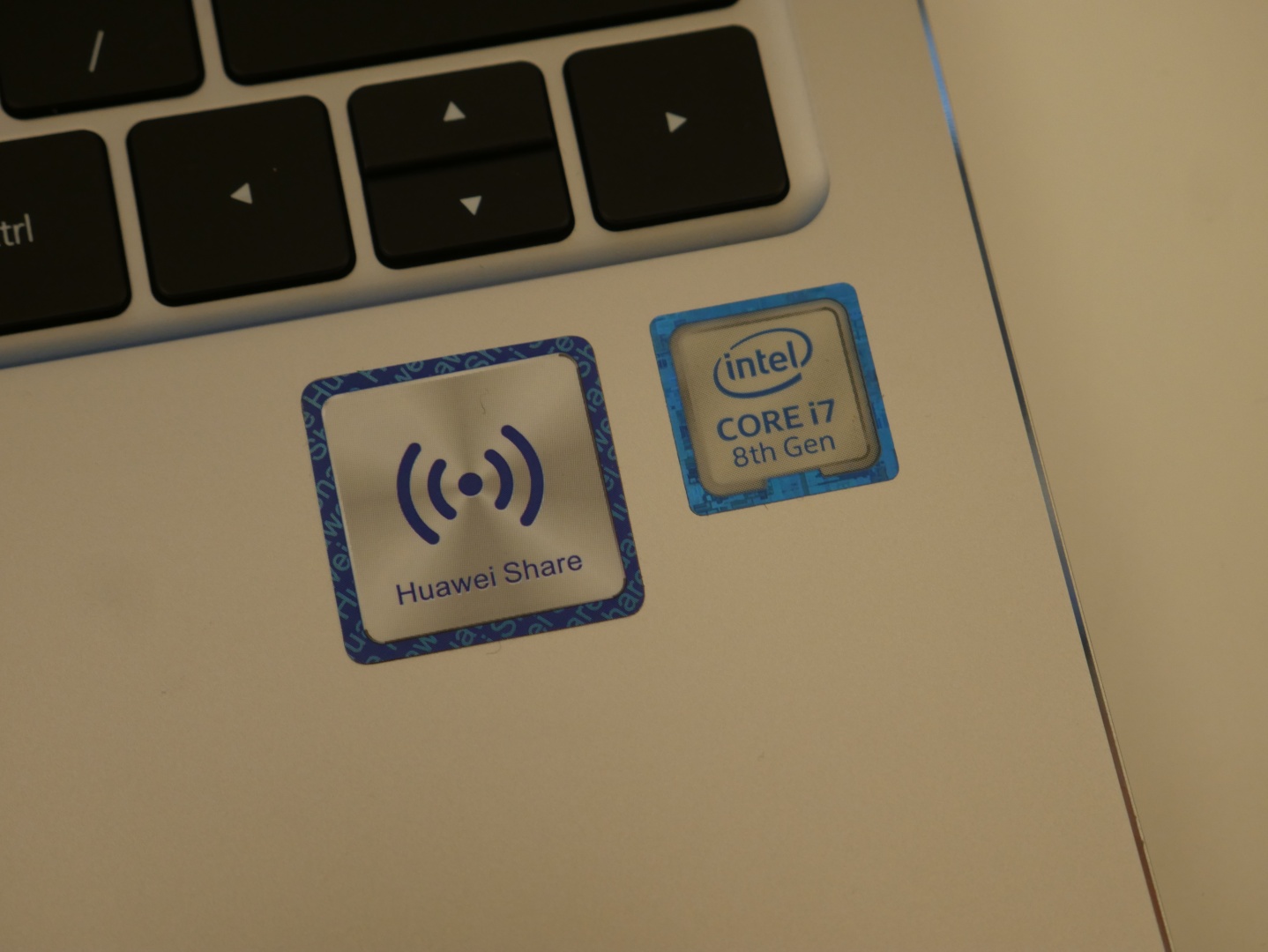 This isn’t just limited to images though, it also works as a unified clipboard so open up a document on your phone or a webpage, highlight what you want copied click copy on the popup, touch the phone to the PC again and it transfers the contents of the clipboard to the PC. This is, as far as I am aware of a bidirectional situation which means you should be able to transfer images from the laptop to the phone in the same manner. 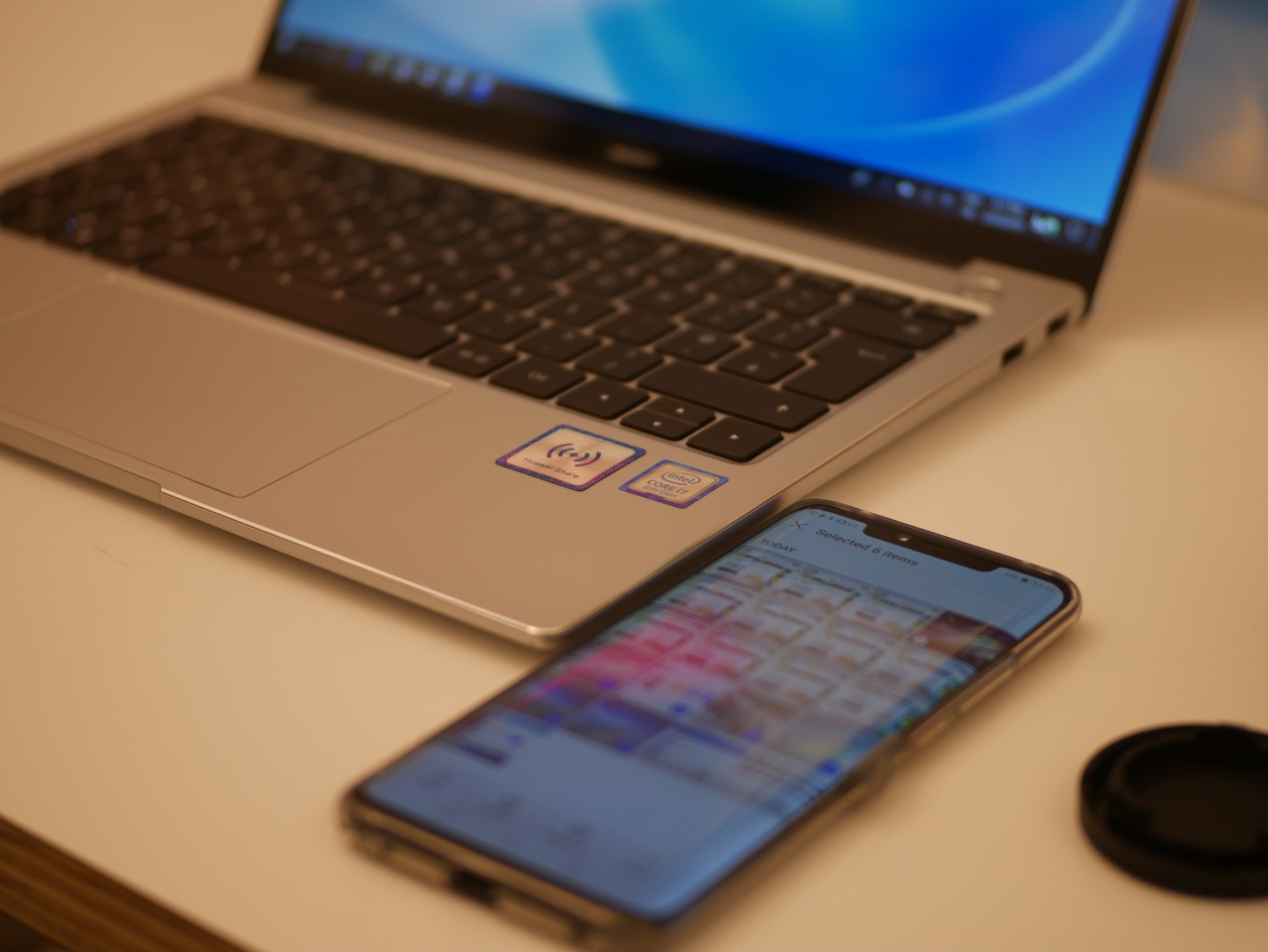 What we don’t know about is price or release dates, Huawei wasn’t ready to share those with us yet, but we will update this when we are able to. 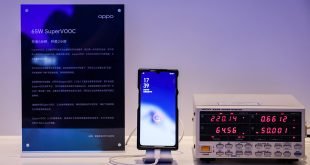