The Timepiece is classified by Oaxis as a “hybrid analog and smart fitness watch”. That takes some dissecting and it’s probably pure marketing speak to pique the attention of almost anybody looking at wearable projects to back. In essence though, the product is born out of a very real need to tread that thinning line between analog watch requirements (such as, well, telling the time correctly) as well as sprinkling an element of some smart technology in there to make it a little more aligned to modern life. The Timepiece is currently sitting on Kickstarter with less than a month to go and has surpassed its goal with ease. Let’s see if it’s worth a back, and what the Timepiece brings to the table, in my full review.

Oaxis Timepiece
+ FOR
- AGAINST

Anybody who has read any of my other wearable review pieces will note that my sweet spot lies squarely in the hybrid territory rather than the fitness or smartwatch sides of the fence these days. My daily watch is the Nokia Steel HR and since the latest firmware update it has delivered on all of my requirements bar style. I’d like the Nokia offering to be a little larger and sleeker, but at least it now offers third-party application notifications. I mention the Nokia Steel HR for two main reasons; it looks like a relative of the Kickstater project from Oaxis, and it seems to aim at the same market, so by that rationale, it should be measured using the same yardstick.

According to their very own Kickstarter page, the reason Oaxis went to market with the Timepiece is less to encourage smartwatch users to pair back on their “smart” in order to take advantage of a sleeker design, but more to encourage those who like analog watches to add a little smart to their life; a subtle but understandable difference. They point out that in Singapore, wrists are often seen sporting both fitness trackers as well as the more mainstream wristwatch. 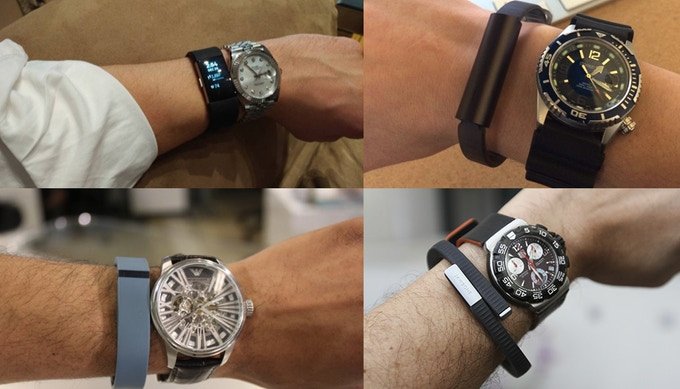 The Timepiece will come in both 38mm and 41mm offerings. I use the future tense here as backers are yet to receive their watches, with a slated date of February 2019 for the majority of backers. In addition to the options in sizing, there will be a few different colour options as well as different bands. We’re looking at the 38mm black version which comes with a brown leather strap. Although this sits nicely on my wrist, my eye is still drawn to the 41mm option. 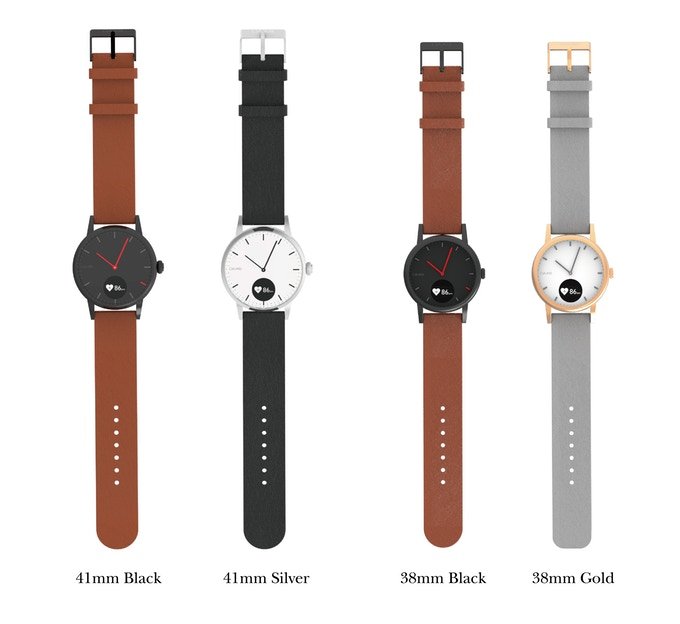 The key features available on the Timepiece are as follows:

All sounds pretty good, and quite similar to the Nokia Steel HR actually. Comparing the two shows that the Oaxis Timepiece does come out on top in a number of areas though.

Right up front and centre is the analog watch face, along with a small OLED display for the notifications to appear on. It’s not particularly high in resolution terms, but it’s so small it’s not really an issue. On the right-hand side is the crown, which acts just as a button to scroll through the functions, as well as dismiss notifications. On the backside is the heart rate monitor, which unfortunately can only be manually sprung into life. Contrary to the Nokia offering which automatically detects movement and attributes it to one of many fitness/sports activities.

It has a reasonable weight to it, even in it’s 38mm form factor, and despite the fact I would very much like to have a closer look at the 41mm option (and yes, in Silver), the times I’ve worn this with casual and work attire it has not looked out of place at all. The Nokia Steel HR is a little small for my wrists (they aren’t particularly large either) and at 38mm here vs the 36mm of the smallest Nokia, I think the Timepiece sizing opions are more in line with the potential gender they were aimed at. Of course preferences will vary.

Aesthetically however it doesn’t look particularly premium. With the price under-cutting the RRP of the Nokia offering, that might well be expected, but again, I think the Silver option looks more refined here than the black.

Aside from the aesthetics though, the usual 2018 ‘smartwatch’ tropes follow; companion application, Bluetooth synchronisation, waterproofing, and calorie, distance, step and heart rate monitoring, with the latter sadly manual as previously mentioned. When receiving those smartphone notifications, your choices will be limited to a handful of social applications, although admittedly the main options (Instagram, Facebook, Twitter, WhatsApp etc), along with some standard SMS, Call and Calendar alerts. It’s when you start to try and dismiss these notifications that you’re going to have a bad time. Pressing the button on the right-hand side actually scrolls the message, and as such you spend a lot of time hammering the button to move to the next notification or other function of the watch itself. This might well be improved prior to the actual release, but based on what we found during review, this is the main area of concern as far as the notification interaction is concerned.

Moving on to the companion app itself, it’s very well rounded considering it’s still not final, and has a nice set of screens and a wizard to walk new users through the setup process. The app is available for both iOS and Android, and again, this is not a final piece of software, and they are working on it regularly.

The app is used to record all of the data that the watch itself tracks, namely distance, calories, heart rate, steps, and after a nice snooze, your sleep metrics. On the whole it does a decent enough job, especially with the steps and sleep tracking in my testing. The sleep tracking seems especially accurate when compared to similar devices. 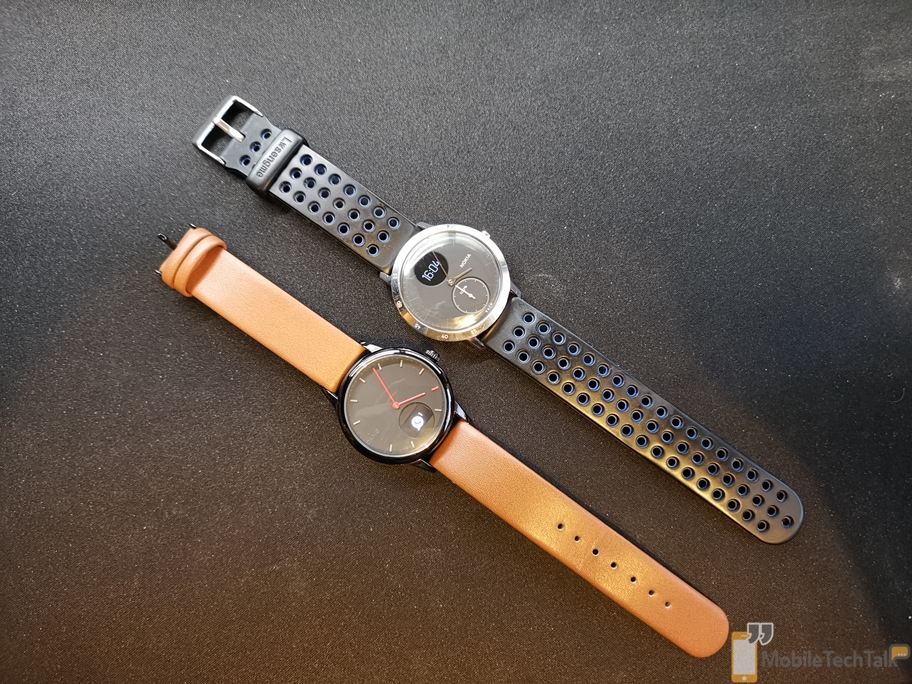 Where the Oaxis Timepiece falls down for me is in the Heart Rate monitoring and, more accurately, the fitness tracking functionality. There simply isn’t any. Full stop, do not pass go. Pressing the crown will take you to the Heart Rate function, where you can manually check your heart rate; there is no continuous monitoring here or automatic recognition of workouts. There is also no press and hold quick function that could otherwise be configured to enable a quick checking process. This is really required here thanks to the aforementioned issues scrolling and getting past notifications displayed on the tiny OLED. Couple those functional difficulties with the lack of any automated (or otherwise) fitness tracking, and it loses hard in this regard to its competitors. It’s perhaps not entirely unforgivable when weighed against the stated aim of the Timepiece; to deliver a little more smart to an analog watch, not the other way around.

With all this in mind, it’s a bit of a mixed bag in truth. Perhaps the key selling point is one I’ve mentioned very little to this point; the price. It undercuts many of the hybrid smartwatches out there which focus on aesthetics or the timepiece aspect over and above the smart prefix that usually tags on to the names of these devices. At £125/£140 (current Kickstarter backer pricing) this might well see it hit more wrists than it otherwise would.

Should you back this project? Well, throwing it a few dollars might not hurt, but if you want to back it in order to receive the device you need to ask yourself how important the smart features that adorn other similar devices, are to you. If you’re a fitness fan, this isn’t for you. If you want very accurate and constant heart rate monitoring, again, look elsewhere. IF you’re looking for a nice little watch, on a budget, with some notification aspects, and you don’t want to wade into the troubled waters of WearOS or Apple’s ecosystem, then it might be worth putting your money into the Oaxis Timepiece.