Smart home kit can be a mess to organise with it seeming like there are so many different standards available and each product has a different app to control and even though Apple has tried to simplify everything using the Home app, this is still lacking in many ways because the app doesn’t work with all of the standards.

The nCube is a product which kind of works to fix that. It is essentially a little box which plugs into your router and then communicates with devices such as Nest, LifX, Phillips Hue, WeMo, and Sonos. The nCube supports Z-Wave devices so things such as Samsung Smart Things, Securifi Almond+ and Yale smart door locks. 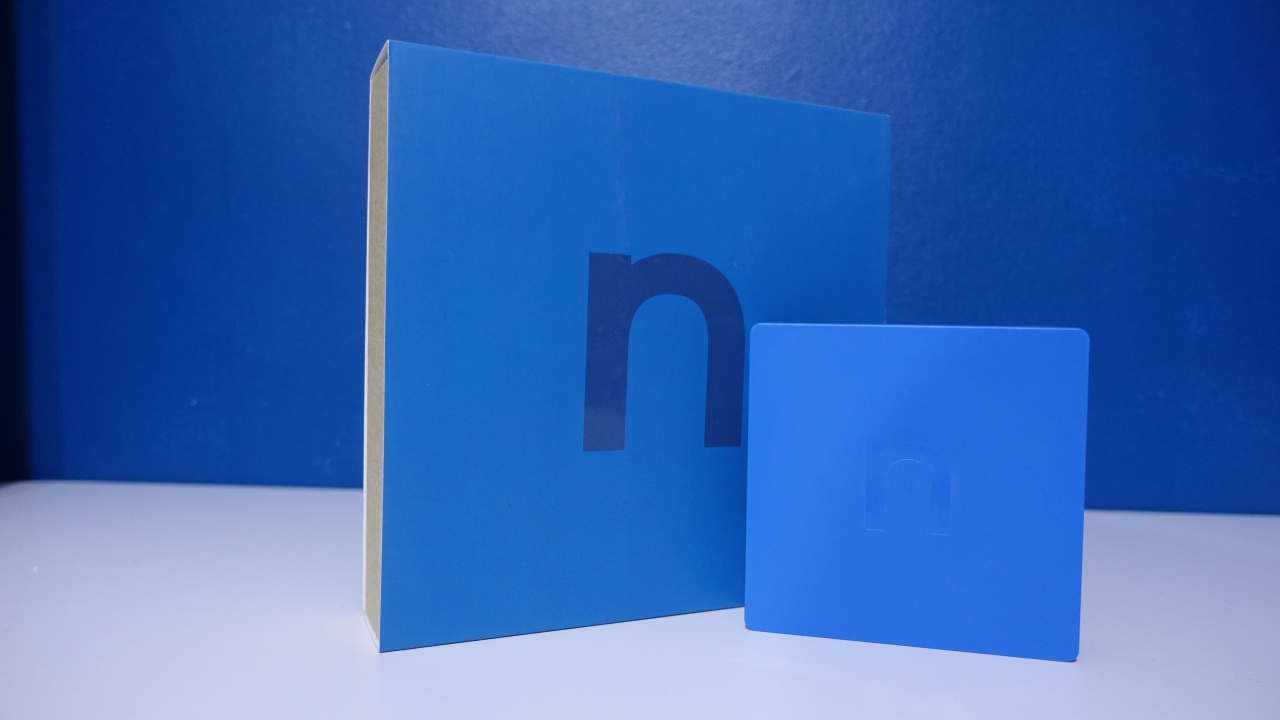 The packaging itself is very minimalistic with a blue outer sleeve with the nCube on one side and then a set of geometric shapes on the back with the website listed. The inside box is made of corrugated cardboard and also has the nCube logo on the front and side. Finally, when you open up the flap you are presented with a black micro USB cable, ethernet cable, the nCube home, a UK power adapter. The box itself shows you how to setup the nCube and this is done by visiting the website.

The imagery online does show white flat cables in the imagery online, however, the cables included are black and normal which is a bit of a shame and is a bit misleading. The power adapter also isn’t the greatest with a twist lock design which is a bit frustrating to actually connect, the USB port is facing upwards which did cause an issue since I have very limited headroom above my extension socket so I had to use an outwards facing one to power the nCube.

Taking a look at the actual nCube, you have the ethernet port on the back alongside the micro USB port and these are situated in a recessed bit. The front of the nCube has 2 LED indicators to show you the status of the box. The top has the n logo but this is facing the left side rather than the front which doesn’t seem 100% right. The bottom is covered in a rubber material which protects against the nCube sliding across a table especially since the nCube doesn’t weigh much at all.

This build quality definitely isn’t meant to be a subtle design rather, it was designed to be different and stand out from the monotonous hubs and the packaging was designed to fit into a bookshelf rather than sit in the cupboard. The unit doesn’t creak in any way which is good and the plastic build definitely does help in terms of allowing the signal to pass through easily.

The nCube can be connected to your router over ethernet or over Wi-Fi which is useful if your router is hidden away or doesn’t have any space around it. The Wi-Fi setup is more complicated because you have to connect to the nCube’s Wi-Fi, then use the app to connect your nCube to your Wi-Fi. 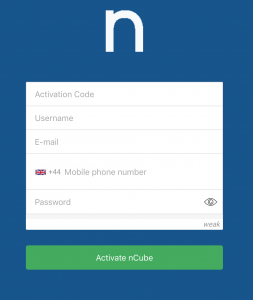 nCube does require you to set up the smart home product in the products own app since it isn’t capable of doing this. This does mean at one point in time you will require the manufacturer’s app, however, the Z-Wave devices can be paired from within the nCube home app.

The app allows you to create some modes which basically are a set of instructions so that when you come home you could set the thermostat to increase the temperature by 5 degrees and turn on all of the lights. This is quite similar to the features offered by IFTTT as it’s a chain of actions happening by an initial trigger.

To set-up the nCube you will have to access the website listed on the packaging, an activation code will be required but oddly there is no indication of where this would be listed and upon querying this I was informed that this is listed under the rubber panel on the base which is removable. Once I had entered these details I was presented with a page which allowed me to add and view new devices, add and view cubes as well as add and view rooms. 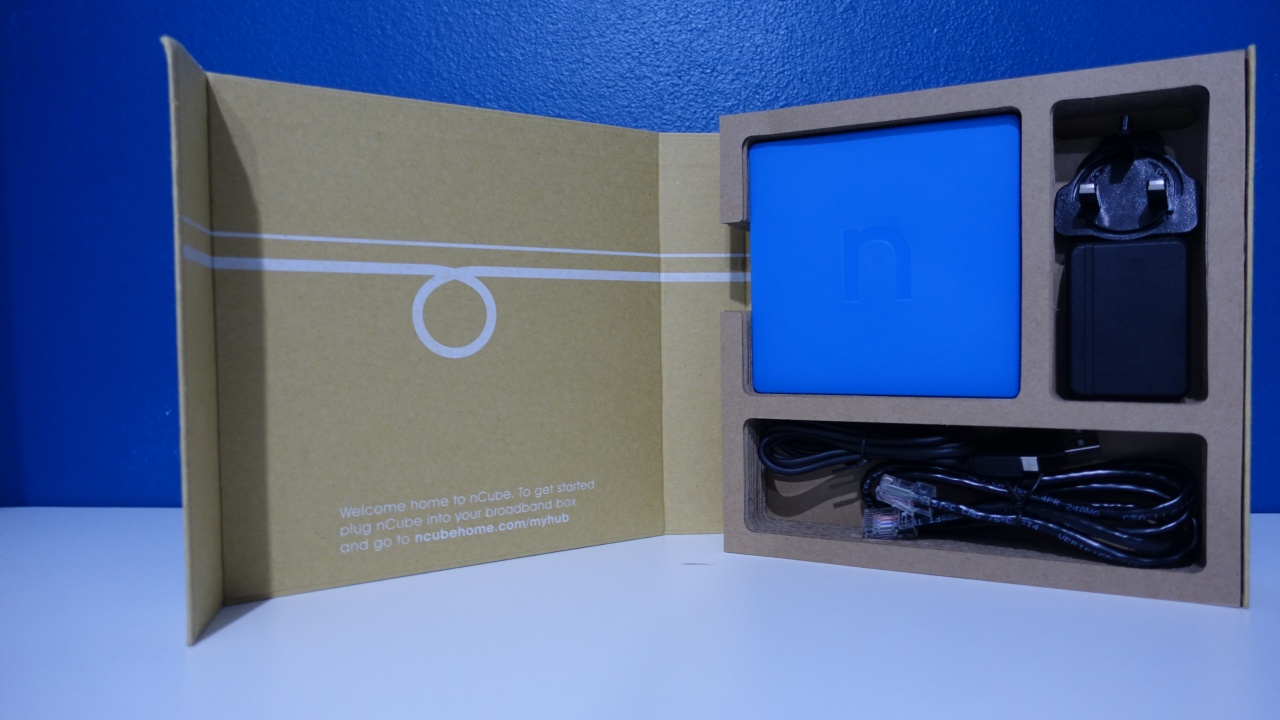 I did find a couple of devices which although would connect natively using their own apps but I wasn’t able to connect them to the nCube even though they would show up within the Bluetooth LE option, there wasn’t a way of connecting them.

I did have some issues with the LifX bulbs initially connecting and upon reaching out to the nCube team they promptly responded with a software update which did resolve the issue. This is probably part of the teething issues which come with a company which is just 2 years old and I do applaud them for coming out with a finished product since you hear so many stories about Kickstarter projects never being finished.

The entire project was finished within a year and whilst that does seem like a long time, in Kickstarter terms it is fairly short.

The app is fairly well designed with a modern interface across. This is probably key since the main interaction you will have will be the app. I did find that on occasion the app did log me out but that was before I had success activating the bulbs from within the nCube app. I have included screenshots of the app’s interface.

Within the app you can set sets of instructions such as when you unlock your smart home lock, the lights will turn on. The rooms function works as is shown on the box, you create sets of devices so that instead of having to turn on each device individually, you just select that room and then all of the devices will be turned on together.

You can see all of your devices in the smart home at the top of the app so you can pick and choose the devices.  There is 3 dropdown sections, devices, cubes, and rooms. This means if you only have a few devices it may be more convenient for you to have the devices panel open, but if you have a wide range of products, the rooms panel will be most appropriate.

Within the nCube app, I was able to change the power mode, colour of the bulb, brightness and colour temperature of the bulbs. I didn’t see any missing features compared to the Lifx app so it’s good to know that in order to simplify my smart home tech, I won’t be losing out on any features

The only difficulty when operating a semi-smart home is that when you turn off the light switch manually, it then means that you can’t change the status from within the app. This will be the case until you use smart home connected switches which are all connected to the app.

I did find that even having just the Lifx bulbs connected to the nCube home, the overall experience was much simpler since I was then able to just forget about the LifX app, IFTTT app as well as any other apps that provided functionality over and above what the LifX app provided. This is really useful especially since phone storage is at a premium with very few devices coming with expandable storage.

In order to allow other users within the app, you can go in and create a profile for them so that they can have access. This means that if you share your house with others, they aren’t left without access to the smart functionality.

The nCube home whilst still not perfect, is a big step towards the right direction so that you don’t have to use as many apps. Whilst it’s still not 100% perfect, for a fully smart home, this is one of the key building blocks especially since things like Apple Homekit are far from fully supported but this will come at a premium. 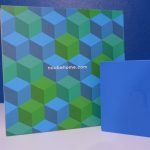 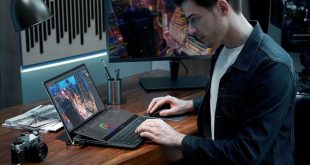