When you just don’t have enough power in your electronics and need something to just man up and power on through, the Maxoak 50000mAh power bank just might be what you need. Let’s take a look at what it offers over and above that huge battery. 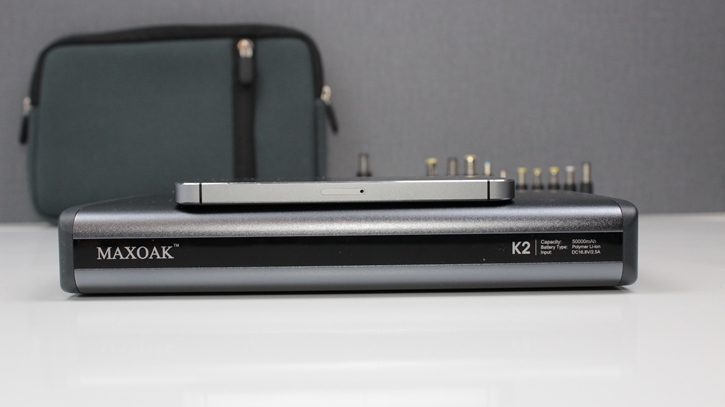 Yes, we know we cover a lot of power banks here at MTT, but that’s because we all have many, many gadgets that all need powering up. There is something to be said for carrying a portable power source to augment the built in batteries in our phones, tablets, Bluetooth headphones etc, and many a time it has saved my bacon, most recently with me emerging from a train, in the middle of nowhere and needing more juice to put Location services on my phone and navigate to my destination on foot. A 3000 mAh battery bank helped me out in that particular scenario. You can check out my review of that device over here.

We’re looking at a device that’s some way north of that in terms of capacity, physical size, and ports here though. The Maxoak K2 is, first and foremost, a portable powerhouse. At 50,000 mAh capacity, you’re unlikely to wear this product down unless you’re a really hardcore traveller without mains power for a period of time, or, like us, you intend to power multiple devices for multiple days from it.

The aesthetic is unremarkable which belies the power beneath. At each end of the power bank is plastic casing, with one end housing the inputs/outputs and  buttons. The main body of the unit has a brushed metal finish and is certainly durable. I inadvertently drop tested this unit during the review period from around 4 feet whilst walking with it under my arm. It made an almighty noise when it hit the floor, but nothing moved, was broken or scratched. Kudos! However it’s heavy though, so be careful where you drop it! At just shy of 800g, you’ll know when you’re carrying this around in your bag with you. Equally, the dimensions are big numbers. Not too dissimilar to the older Netbooks that Acer produced, this unit stands at 20.7 x 13.6 x 3.3 cm making it around the size of an A5 notebook, but about 2-3 times as thick. Suffice to say that the Maxoak K2 is a pronounced device. 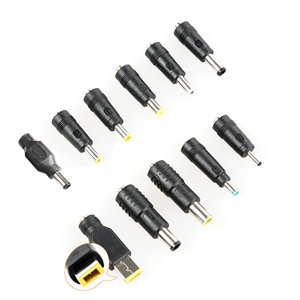 Inside the box you get a nice little pouch to store the device, a hunking great big power brick to charge the unit, as well as 11 different adapter ends for charging devices as well as an input charging cable and an extension cable for the adapters.

Let’s start with the ports first.

Now, in terms of the charging choices, the following adapters are included: 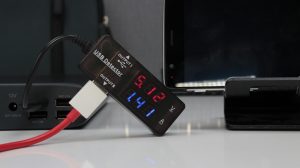 That’s a lot of options for charging. I’ve tested the 20V port on an Acer Aspire S7 and it charged using the smallest adapter without any incident at all. Additionally, I tested the USB throughput too. The unit seemed to spit out enough juice to top up your phones and tablets, but don’t expect any fast charging technologies here. 2.1A is your best offering and whilst it might take a little longer than Qualcomm’s QuickCharge of OnePlus’ Dash charging, it still gets the job done and the point of this unit is to do just that when you don’t have the all the individual adapters available to you.

The Maxoak K2 is turned on by using the power button (you could have guessed that right?) situated on the end of the unit. The LED status lights turn on to indicate the charge it has left with each LED indicating an individual 25% of charge remaining. The K2 also turns itself off after a number of seconds without any throughput so as not to waste the battery, which whilst not a concern here due to the size of the unit, it’s nice to see most manufacturers are including this in power banks. Go back a couple of years and this wasn’t the norm.

So, on to performance. You’ve already seen the plethora of devices it manages to charge via the in built adapters and I’ve already mentioned it has no quick charging via the USB ports, but what is its efficiency like? Surely with such a huge battery it’s not going to be as efficient as the smaller ones? It has to be a poor knock off battery inside right? Well, the answer is an emphatic no. It’s a great battery with good efficiency that worked out to around 88%. Here’s what I managed to charge, from scratch, with one charge on this device:

The unit had only tipped over into one remaining LED midway through the final OnePlus 3 charge (I did the OnePlus 3 charges last). I will admit that the Acer Aspire S7 charges took an age. It took around three times longer than the included adapter to fully charge the Acer ultrabook, but again, it did the job. One thing to note here is to make sure that you’re not doing anything too intensive as the unit will struggle to charge the larger laptops requiring higher throughput if it’s being stressed.

When charging mobile devices however, I didn’t notice much difference when charging via the Maxoak K2 over any other power bank, especially on the OnePlus 3. I expected it to be slower as the Maxoak is attempting to be a Jack of all trades, and not specialise in USB charging, but it managed capably. 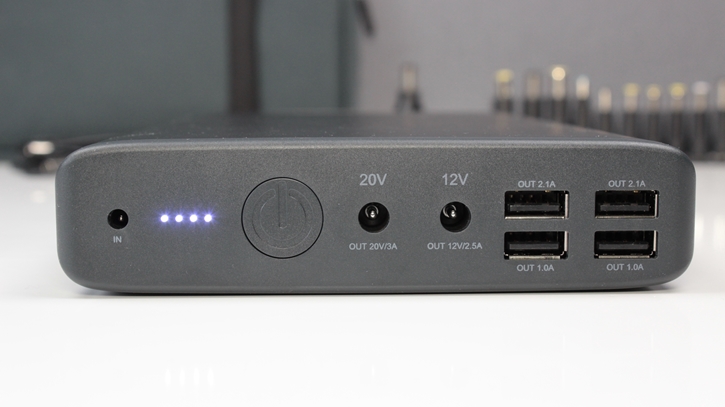 Could I be anymore impressed with this unit? Well, yes, I could. That doesn’t detract from my gushing already, but there are some things I’d like to see. For example, a Quick Charge USB port would be a nice inclusion, albeit a costly one from a licensing perspective. Then there’s the notification LEDs. I’d perhaps prefer an LCD display of the exact charge left in the unit as seen on the likes of the Besiter Eclipse. I’d also prefer a slightly lighter solution but realistically I’m aware that physically there are limitations currently and that a 50,000 mAh battery bank is going to be relatively hefty. It still does a great job of keeping this as minimal as possible, but it’s certainly not pocketable, and it’s going to leave a dent in whatever bag you house it in. Finally, I’d definitely like to see some form of mains plug option to cover those devices that have weird and wondering proprietary charging solutions. This RavPower unit has one and I’ve personally a couple of larger units (like the Anker Powerhouse) which have them also. The Maxoak K2 is significantly more portable (if a smaller solution) to the Anker unit referenced and a larger power bank than the RavPower unit, but there is room the socket I believe at the bottom edge. Something to think about perhaps in a revision.

Overall though, I have nothing but great things to say about this device. If you’re okay with coughing up the £116 I did for this unit, then you probably already see it;’s value. Taking the price point for a second, when you consider that you can be paying around the £30 mark for a 20000 – 30000 mAh power bank depending on brand and aesthetic, it seems quite steep no? Well factor in the additional adapters, the sheer portability of a unit with twice as much power packed in, and the additional charging port options and I’d say the value starts to tot up.

Given that I purchased this on a whim, fully expecting not to get a high 80’s efficiency rating, I’ve been pleasantly surprised. Not only do I get that efficiency, I get a wealth of charging options that could easily keep me going for around a week of my specific sort of travel and could deliver power to my laptop in a pinch too. An excellent choice for power users! 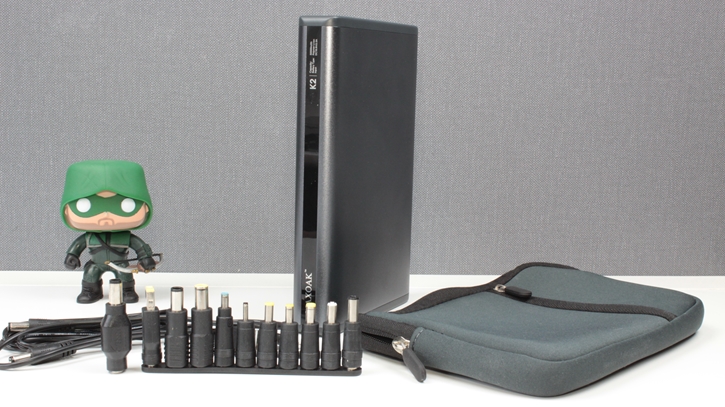