The Honor 8 Pro Is Unveiled

Honor drew largely positive responses from the Tech industry when it launched the Honor 8 July of 2016. With a sleek design aesthetic, a new version of EMUI, and a OnePlus 3-targeting price point, Honor gained traction in the Western market. Today they follow-up with the Honor 8 Pro, an upgrade in every way. 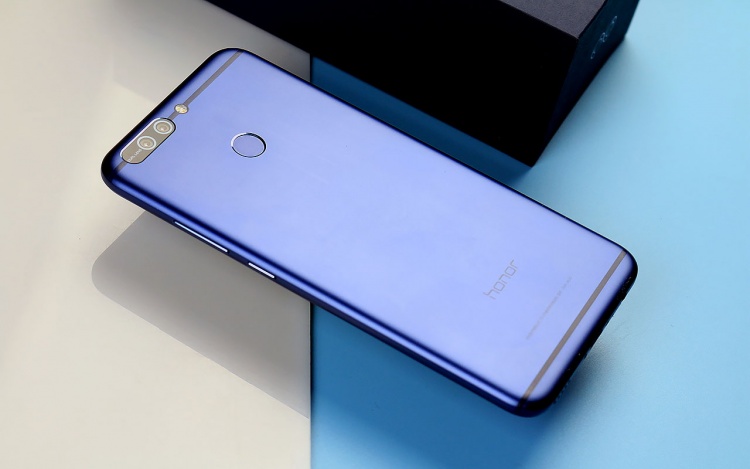 Honor’s latest device delivers increased specifications in their screen technology with a QHD 2560 x 1440 display winging its way to the device, as well as upgrades in all other areas too with 6GB RAM facilitating multi-tasking, a Kirin 960 Octa-core CPU, and Android 7  Nougat from launch. 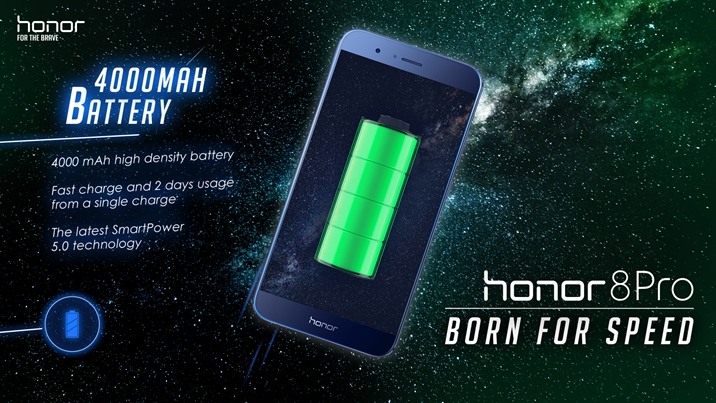 The included 4000 mAh is also their largest battery on any device thus far and might just go some way to alleviating any fears consumers might have around QHD display eating more juice. It remains to be seen how EMUI 5.1 manages that combination. Whilst EMUI remains a ‘marmite’ skin for many, it is true that Honor have worked hard to deliver as much flexibility to their platform as possible and cater for all potential customers. 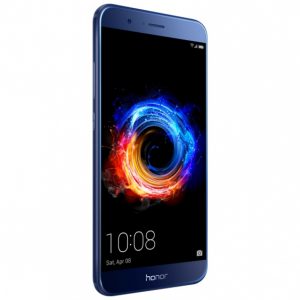 Then there’s the camera. Honor has delivered dual-camera technology on a number of devices now with the Honor 6+ kicking that off. This iteration is a third generation implementation with dual 12MP rear facing cameras (reminiscent of the Huawei P9) delivering a monochrome lens and an RGB lens to deliver depth and vivid colour respectively. With an aperture range of f/0.95 – f/16 we think that many will be happy with the package here. That package is also capable of delivering 4K videos encoded with H.265. Despite many bemoaning the lack of straight-to-edit functions of this codec, there is really little to worry users here with built-in editors delivering that functionality to normal users.

There’s also a new optical feature this year, Highlights. Highlights was co-developed with the guys and gals behind GoPro and organises your snaps by category and generates video stories from them with the touch of a button. This might be a similar deployment to HTC’s with Zoe? It sounds interesting. 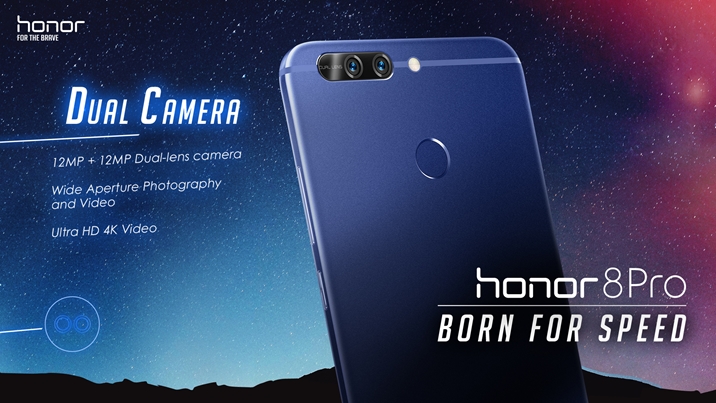 When can we get our hands on this device and what are we looking at in terms of pricing? Well, according to Honor the honor 8 Pro will be available in the Navy Blue colour variant, for pre-order today, 5th April 2017, and will cost £474.99. That, again, is another uplift from the Honor 8 but there are perhaps enough changes to warrant that price, with flagship level specifications to boot.

Deliveries for those pre-orders will begin 20th April 2017.

What do you think? Interested? This could mark Honor’s foray into the big-boy’s sandpit. Can they compete? No longer just #ForTheBrave the Honor 8 Pro might now also be #FlagshipAlternativeChoice. Let us know your thoughts at @MTTFeed.