Transferring data from a Mac to an iOS device has always been much easier than the transfer between iOS and a Windows computer. EaseUS has brought out a completely free software to tackle this.

Thanks for EaseUS for allowing us to bring you content on their software however they have had no influence in the review.

The program is for some reason only available on the US site for now as the UK one completely lacks the data transfer set of programs. Therefore, the link we will be attaching will be from the US site. MobiMover 3.0 is 34.1MB in size when downloaded so not a huge file overall.

EaseUS has allowed for the program to be able to create a backup of your iOS device onto your PC. iTunes also does this but instead of copying across files individually, it just copies the entire device. Whilst MobiMover allows you to export more specific files and folders as well as allowing you to specify where you would like to store these which is handy if you wanted to save your photos or files from your device on cloud storage or on an external drive. 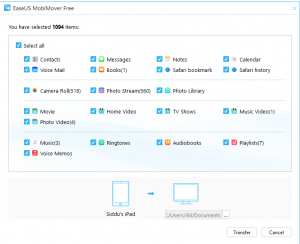 The software also allows you to just use your Windows PC as an interface to clone to a new device, I feel this feature may be redundant with the new Quick Start available on devices running iOS 11 which does this all wirelessly so adding extra steps for connecting the 2 devices to a computer and then transferring data doesn’t benefit consumers whatsoever.

The minimum specs for your Windows computer are that it must be running Windows 7 or newer, this means if you bought your computer in the last 9 years or so, you should be covered. As for the iPhone side, the 4S or newer should be covered. The iPads supported are the iPad Mini 2 and newer, alongside the iPad Air and newer.

Then I guess the main selling feature of this free piece of software is the fact that you can customise which files you are transferring across since I always install these programs and take so many photos which I need to urgently go through and purge so this gives me a chance to do so. 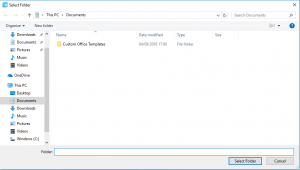 You can purchase a “Pro” version of the freeware which realistically is more of a technical service as the only benefits that can be seen on the chart online are the lifetime upgrades of the program alongside technical support. I personally don’t know how many people will go for this as the target audience is the tech-savvy bunch so won’t really need this. However, if you do need this technical support then it’s always available.

The website has a live chat allowing users that have paid for the pro service to get technical support so this will be much better than waiting on a phone tree, this is also where you would ask about pre-purchase questions. I did find some of the English and grammar used on their site being questionable however this shouldn’t be too much of an issue since its unlikely you will be on the site for a long time. 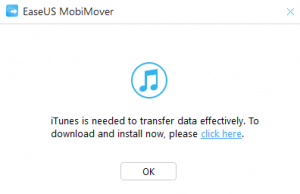 When I installed MobiMover, I found that it actually requires you to have iTunes downloaded which is very confusing since it is pitching itself as an alternative to iTunes for the backup and sync features that it offers.

So, once I installed iTunes on my Windows PC, I then opened the program up once again. Therefore, you will have to factor in the size of iTunes within your overall software package especially if you are on a limited internet connection or have limited hard drive storage.

I had forgotten how bad the interface on Windows was for iTunes after becoming accustomed to iTunes on the Mac for the last 5 years. It just feels like this version of iTunes has the same interface that Mac did many years ago. It just doesn’t feel very Apple at all and they are slacking in their software which is one of the main reasons why people get Apple devices. 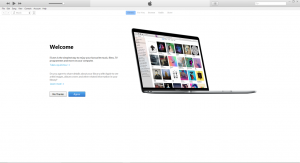 I first connected my iPad Air 2 to test out the functionality. I was required to trust the computer since these 2 devices had never been connected before. Within the app, The iPad didn’t show up with the correct icon and used the icon of an what seemed like an iPhone 6 or 6S. 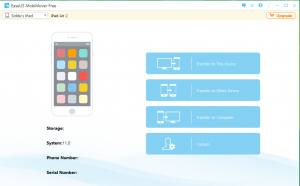 I found when transferring across photos, the photos are stored within the camera roll of the iPad. This is one of the advantages over using iTunes since I would always have to transfer all of the photos over and using a Mac, it’s actually quite hard to transfer photos across from a Mac to an iOS device. 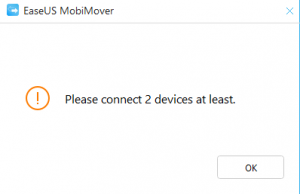 Usually, an iOS device shows up as a camera within Windows so you are very limited using just Windows built-in programs. iTunes requires you to sync with only 1 Mac or PC per iOS device but MobiMover allows you to transfer files from many different computers onto your iOS devices meaning if your job requires you to transfer files between devices quite like a memory stick but also have access on your iOS then this feature is really useful.

One thing I did find was that you need to disable iCloud for contacts, notes or calendar to be able to access them on your computer. This does seem a bit odd but obviously, we are all limited to what Apple allows us. You either have the ability to save your contacts within iCloud or have them all available locally which is a bit frustrating since I would like to have the ability to do both just as a backup. 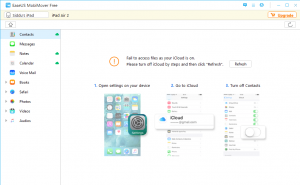 You can export your messages, voice mails, books, safari bookmarks, safari history, all your music, videos and photos from your iOS device to the computer or to another device without having to disable iCloud. This is probably because Apple doesn’t lock all of these things under the iOS system-wide lock. The messages took a long time to load but I am not sure why this was the case so I would be willing to wait a while if you are looking to export them.

Overall whilst the program does definitely have its quirks and some redundant features because Apple is pushing simplicity with the Quick Start feature along with things we have had for years with Airdrop for easy file transfer. But the main reason why somebody would look for something like a program like this is that of how bad iTunes is on Windows. The interface feels fresh and modern matching Windows 10 rather than the Windows XP interface of iTunes 12.7.2.60. I have enjoyed playing around with this and till now I really wasn’t aware of a program that is FREE and has pretty much all of the features of the pro one. 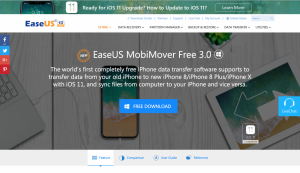 The link to the EaseUS US website is here. The program is completely free and I really can’t see any faults in trying out the program to see if it works for you and one thing I really appreciate is the fact that the pro version only has the technical support and lifetime upgrades separating it from the standard program. 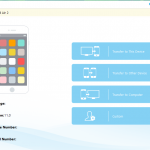 Get Free From EaseUS