Cables are a commodity item now. Everyone has cables and no-one cares any more whether it’s a fancy colour. But Tylt have thought of something different. What if they can make a USB cable people might care about, and that’s what I think the Syncable-Duo is.

The Tylt Syncable-Duo is a flat micro-USB cable available in 3 different lengths; 30cm (the one I tested) 60cm and 1m. What makes the Tylt Syncable-Duo different is that it comes with a Micro-USB to Lightning cable adapter attached, but I’ll follow-up with that in a bit. What I want to start with is the packaging because this is where Tylt surprised me the most. Now, after all this is just a cable, but the box the Tylt Syncable-Duo came in was really well made. It comes in a transparent plastic box with an opaque, neon green bumper and the attention to detail is immense, having the Tylt logo set into this border all the way around. Again this is just a cable and if this is how they package one of these, I’d love to buy some of their more expensive products. 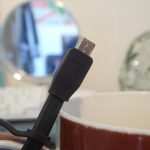 So how much more can you write about a cable? Well I’m not actually sure, but I’m going to cover what I feel is necessary about this product. First off is its construction. I have plenty of flat cables in my house, whether those be microUSB or HDMI it doesn’t matter; what I’m trying to say is that the Tylt Syncable-Duo blows them out of the water. It doesn’t feel cheap in any way, shape or form (and it shouldn’t, because it’s not). Where the cable meets the connectors feels perfectly thought out, not as if “oh crap, we need to actually connect this to something else” like some of the other cables I own. The cable itself is not flimsy, and has a decent amount of thickness to it whilst retaining its “flat” style. The unfortunate side effect of this arrangement is that un-kinking the cable out of the box takes a bit longer and actually, almost a week later it’s still not completely flat despite purposefully using it on flat-ish surfaces to try to straighten it out. I’m sure leaving a heavy book on top for a little while would fix this, and afterall you have the same issue with cylindrical cables as well.

The Attention to detail Tylt have put in is astounding me still. I keep saying it but this is just a cable. But from the box, to the cable, everything is thought of. The rim of the box was adorned with Tylt logos, and so are the connectors, on both sides, of all the connectors. That’s 6 Tylt logo’s on a 30cm cable, and whilst you may think that ostentations or over the top, they’re actually so subtle that when I do catch them I actually smile a little (no really). As you can see I am reviewing the Black Tylt Syncable-Duo, but it also comes in eye-searing neon yellow, a pretty normal red, and a shade of blue that im sure will start a rave if you put the right music on (It’s the one I’d buy).

But let’s talk about the meat of a cable review, charging and data transfer. This is a USB 2.0 cable with the MicroUSB type B (Micro-B) connector. USB 2.0 is capable of data transfer rates of 480Mbits p/s, or around 4 megabytes per second which is fine for most and the micro-B connector is much more slimline and less, well ugly that the MicroUSB 3.0 connector which more than doubles the width of the connector. And charging, well it works. Being 30cm is quite restrictive, especially on a flat cable I think, and the Tylt Syncable-Duo seemed to be a lot more picky at what it would charge full speed. On my 6 port 50w charger it would work fine charging my Moto G, but charging from a power brick would drastically increase the charging time from a little over an hour to well over 6 hours.

Next up is the reason you would even consider buying the Tylt Syncable-Duo; the always connected MicroUSB to lightning adaptor, and I’m happy to say it works really well. I’ll go on the record to say that Lightning is better than MicroUSB. The way it locks is better, the fact its reversible is more convenient and it’s just more durable. The downside, at least with the first party lightning cables is just that they suck, and they suck hard. If you’ve ever owned an iDevice from Apple you’ve no doubt encountered when your cable starts “turtlenecking” which means that you’re just going to have to buy a new cable, and if you buy the cheap cables you’ll no doubt get the “this is an unsupported accessory” message on your device and it’ll refuse to work, which sucks because they haven’t gone through MFI certification. MFI is the Made for iPhone/iPod/iPad program, and it’s a certification program manufacturers of accessories will go through to make sure that their products work flawlessly. You see this in docks, cables, and most recently lightning enabled headphones.

So how does the Lightning adapter for the Tylt Syncable-Duo work? Well just as you expect an MFI device to work; flawlessly. I’ve tested it with 2 iPhone 5c’s and an iPad Mini (first gen) and it charges at the same rate as the cables they were using before. In the case of the iPad it charged a hair faster both the times I charged it, which surprised me. Because it’s an MFI certified product, you don’t have to worry about the infamous “this accessory is not supported” message either.

So should you buy it? Well yes and no. Let’s start with the no. No, you shouldn’t buy the cable I reviewed, and I reviewed the 30cm cable. At 30cm and £19.99 on Amazon I do not think it is worth the money. On the other hand should you buy the 60cm or 1m cables? Almost certainly. Even if you don’t actively own an iDevice with a lightning connector, having it in your arsenal is a benefit. The 60cm cable on Amazon is actually less than the 30cm at the moment at £19.04 , and the 1m cable is £24.99. Both in my opinion offering far more functionality than the 30cm at slightly more cost.

But they are costly, £20 for a cable is a lot, and this is where the issue with MFI certified products come in. They are always going to be more expensive than non-MFI devices, because they have to pay Apple to go through and get their product to not show an Error message. But again on the other hand, the only other way to do this is to buy a MicroUSB cable and the official Apple Micro-USB to lightning adapter ,which itself is £15, so it doesn’t seem so expensive. You get a really nice, high quality cable and and a MicroUSB to Lightning adaptor.

Let me know your thoughts in the comments below, and be sure to take a look at the Tylt website for more products like this. Also, stay tuned to MobileTechTalk social media for a Tylt giveaway soon… 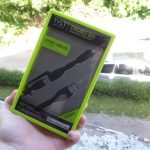 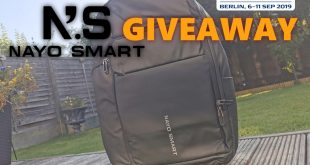 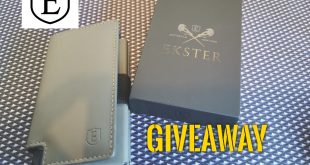 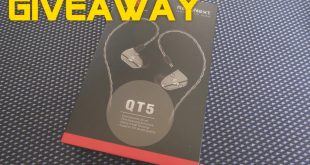